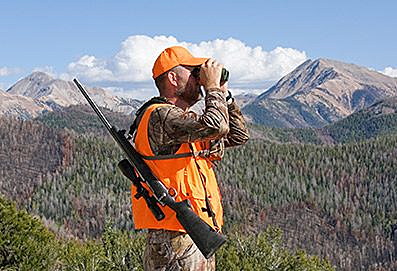 Hunters only have a few days left to let Montana Fish, Wildlife & Parks know if they want the big season changes offered for at least the next two years.

The FWP commission will vote on the final hunting changes at its Feb. 4 meeting, but it passed a few top-down requirements a month ago that have regions scrambling. Since then, regional biologists have been trying to incorporate the new requirements into their proposals and meet with hunters for feedback before the Jan. 21 deadline.

That leaves only two weeks for the two biologists remaining in Region 2 to finalize the hodgepodge of changes. Wildlife manager Mike Thompson retired two weeks ago.

“The sooner you can submit feedback, the better. It just helps us as we work hard to read all of this and try to incorporate it into any adjustments,” Region 2 spokesperson Vivica Crowser said during Thursday’s online meeting. evening.

Thursday’s meeting was posted on FWP’s YouTube site on Tuesday, a few days late because the technician who had the recording was unavailable, Crowser said.

Region 2 Commissioner Jana Waller was out of state and unable to attend.

During the meeting, biologists Rebecca Mowry and Liz Bradley said they had withdrawn some of their original deer and elk proposals made in early October – mostly dealing with district boundaries – based on feedback from hunters that they had received. Mowry said Region 2 received more public comment than any other.

But they were forced to make changes based on statewide decisions the FWP committee passed late in the game at its Dec. 14 meeting, adding to the rushed and disorganized process.

The commission gave initial approval for the elimination of a “bundled” license allowing archers to hunt anywhere in a dozen districts. Requested by residents of eastern Montana and approved a decade ago, the permit was once easy to obtain. But its popularity has grown, so some archers are locked out.

However, FWP management also arbitrarily combined this proposal with a requirement that any hunter, archery or rifle, who held a bull elk license, would be restricted to hunting in a single district. Without this limitation, hunters would be able to hunt in their license district and in other districts with enough elk for which licenses are not required.

This limitation was proposed to favor landowners in eastern Montana. In Region 2, Mowry said he gets a lot of pushback, especially from those hunting District 270 east of Darby.

One hunter, Alan, said it penalized hunters in western Montana for no good reason.

“What is the biological reason behind our ban on hunting in other parts of the state? said Alan. “A lot of 270 elk hunting is weather driven. If the weather isn’t good — like it wasn’t last year — we won’t be able to hunt anywhere else in the state. It’s just silly.

Another last-minute, statewide proposal would require FWP to offer over-the-counter B-tags — elk cow tags — for any district where the elk population exceeds double the goal. Killing the females helps reduce the population, but hunters point out that the population goal is a made-up number based on a 16-year-old management plan. Montana has changed significantly over the past 16 years.

Again, this general proposition might be good in central Montana but causes problems in Region 2. For example, the elk population in District 260 – which covers the river bottom lands along the river Bitterroot and Clark Fork River between Missoula and Ninemile – is 316% above target. But it’s almost all private land and quite suburban. So in the past it was limited to archery to keep bullets from flying through windows.

“There was some vagueness (in the proposal) about the weapons, so we assumed it would still be just archery,” Mowry said. “(The requirement) is something to put in 260 that wasn’t intended for 260 – we already have options there. So we really hope we don’t have to keep that, that’s something that we can exempt.”

Some hunters are concerned about the elimination of permits for mule deer by the seat. Instead of permits, the FWP will allow any hunter with a general permit to kill mule deer in specified districts, but the season will only last three weeks, instead of five weeks or more.

But mule deer are far less wary than white-tailed deer during the rut — their breeding season — which overlaps with the hunting season. Hunters fear the bucks are being over-hunted, especially with so many other hunters flooding western Montana.

Mowry said allowing an open season in the Northern Sapphire Range, where mule deer numbers are declining, could actually reduce hunter pressure. Hunters who had mule deer permits were forced to stay in sapphires, but now they can go anywhere.
“We have stable or declining trends (with mule deer). So the permit may not be doing much to limit the harvest,” Mowry said. “That is of course something that we will also pay a lot of attention to.”

Besides the deer and elk regulations, hunters comment on several other proposals that have raised eyebrows due to their lack of scientific or ethical support, including the use of air rifles to shoot turkeys. Politics appears to be in play in Region 1, where the only district where black bear season will be extended until June 1 is the district where Region 1 Commissioner Pat Tabor is an outfitter.

FWP biologists and bird hunters are strongly opposed to a proposal to extend the season for pheasants, grouse and huns by a month until January 31. A guide near Glendive said hunters don’t need a five-month birding season and neither do birds in central and eastern Montana, which is experiencing the worst drought conditions since the mid- 80 years.

Emergency grazing has been allowed on conservation farmland, so winter cover and food for upland birds has been drastically reduced.