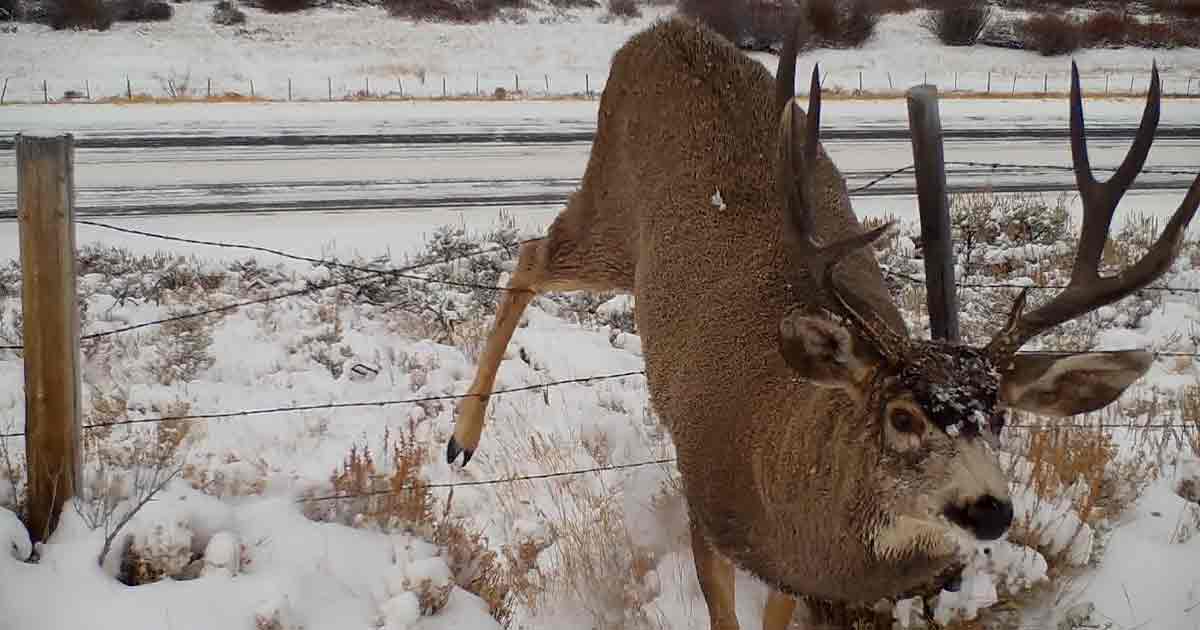 LARAMIE — A new wildlife documentary sheds light on the obstacles faced by elk, mule deer and other hoofed mammals during their migrations, and how people are working together to help the animals keep moving.

Produced by the University of Wyoming’s Wyoming Migration Initiative (WMI), the short film, “Barriers,” gives an up-close look at the struggles of animals, as well as the hopeful story of how data and migration maps can help conserve herds long into the future.

The film explores three main types of migratory barriers: fences under which animals must jump or crawl; heavily trafficked roads; and new developments in wildlife habitat.

Advertisement – The story continues below…

Animals are often at risk of injury or death when encountering such barriers. In the long term, migratory barriers can contribute to habitat loss and population decline.

“Almost everyone who spends time in open spaces has encountered the remains of an animal that suffered from one of these barriers,” says ‘Barriers’ co-producer Gregory Nickerson. “We hope this film shows clearly that research and technology can help us move beyond just accepting these losses. People have the tools to help animals keep moving.

The film builds on years of cooperative research results from long-term studies of trail cameras and GPS collars. The Wyoming Game and Fish Department and many other government agencies and nonprofit organizations contributed to these studies. Together, the research revealed how our growing human footprint can negatively affect migratory populations.

One of the goals of the film is to help audiences visualize the effects of migration barriers as if they were there with the animals. “Some scenes are hard to watch,” Nickerson says.

Viewers will see fawn mule deer and bull elk getting caught in fences, and pronghorns avoiding fences altogether. A clip showing the aftermath of a fatal collision between an elk and a vehicle is overlaid with a graph of the upward trend in such crashes in Wyoming.

Some of the obstacles can only be visualized using migration maps. Animations produced by “Barriers” film editor and WMI research scientist Patrick Rodgers show how a pronghorn takes an unexpected detour around a 9-mile-wide natural gas field, and how migration data can help locate wildlife crossing structures.

The film documents the teamwork involved in solving wildlife barriers, whether it’s stakeholders coming together to identify solutions or volunteers refitting a fence to be wildlife-friendly. Stewardship of public and private working lands includes ranchers, hunters, outfitters, recreationists, biologists, and agency managers.

While much of the film focuses on elk, mule deer, and other big game animals in the American West, the film also shows how biologists around the world use similar methods to study and conserve animal populations. migrating ungulates.

Migration researchers from around the world contributed to the film, including footage of caribou in Canada, khulan in Mongolia, wildebeest in Zimbabwe and guanaco in Argentina.

“Barriers” and a companion traveling exhibit were produced with major support from the Rocky Mountain Elk Foundation (RMEF).

“Increasing our knowledge of migration corridors and ranges is key to securing the future of elk and other wildlife,” says Blake Henning, RMEF’s director of conservation. “This film highlights the unique challenges wildlife species face and helps identify the sensitive areas they use. As a result, game biologists and managers can take appropriate action to benefit wildlife, ranching, hunting, and other recreational activities.

Other supporters of the film include the Knobloch Family Foundation and the George B. Storer Foundation. The Southeast Wyoming Chapter of the Muley Fanatic Foundation funded motion-activated cameras to document mule deer interaction with fences and roads.

To see the full short film, see below.

A question about a little dog and the neighborhood hawks, a tight hawk with new technology, a love of living by the ice, and money for Urban Rivers are among the Chicago notes outside and in the -of the.