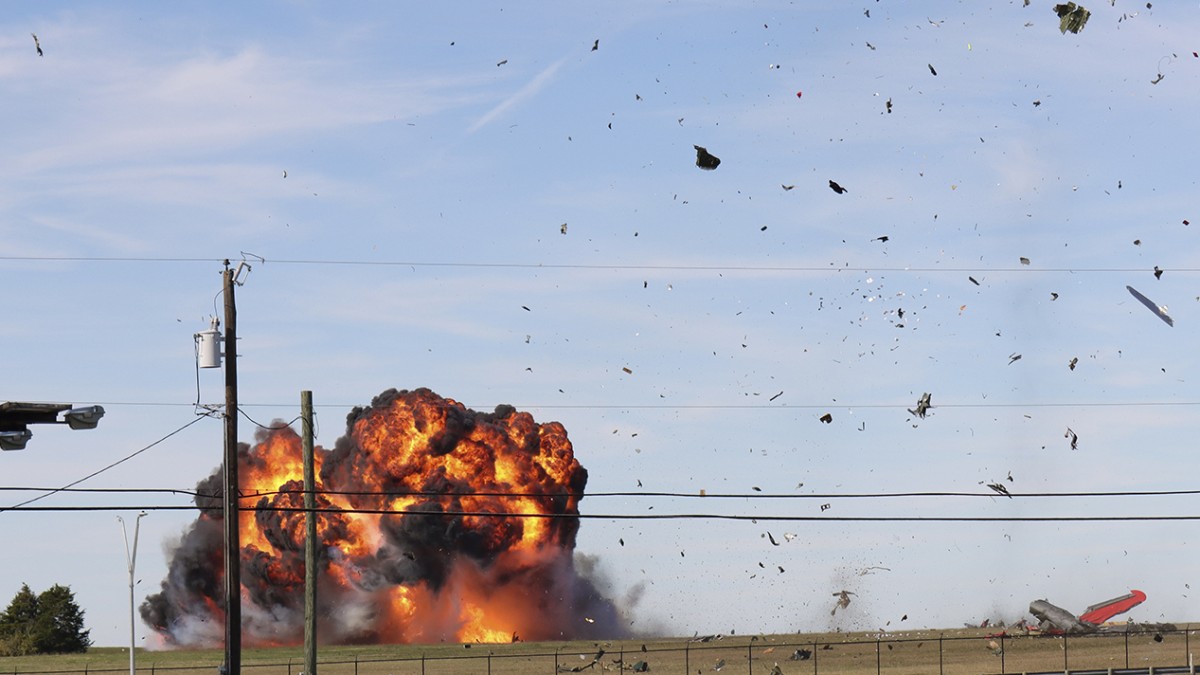 Although there is not yet certainty on the number of victims, up to six people are believed to have died depending on the occupation of the two planes.

The two planes that collided were a B-17 Flying Fortress bomber and a P-63 Kingcobra fighter jet. Officials wouldn’t say how many people were on the planes, but Hank Coates, president of the company that put on the air show, said the B-17 typically had a crew of four to five and the P -63 had only one pilot.

During the collision, the two planes exploded in a ball of flames and sent black smoke billowing into the sky. Footage of the collision has surfaced on the internet from multiple angles.

Terrible mid-air collision over Dallas during a WWII air show yesterday. Spectators capture a P-63 Kingcobra crashing into a B-17 Flying Fortress. pic.twitter.com/8rlH6T2jZR

Emergency crews rushed to the scene of the crash at Dallas Executive Airport, about 10 miles from the city’s downtown area. Newsreel footage from the scene showed the crumpled wreckage of planes in a grassy area inside the airport perimeter. Dallas Fire-Rescue told the Dallas Morning News that no injuries were reported among those on the ground.

Anthony Montoya, who saw the two planes collide, said: “I stood there. I was completely shocked and in disbelief. Everyone around was gasping. Everyone was bursting into tears. Everyone was under the shock.”

No paying customers were on the plane, said Coates of Commemorative Air Force, which also owned the planes. Their planes are flown by highly trained volunteers, often retired pilots, he said.

A team of National Transportation Safety Board (NTSB) investigators will arrive at the scene of the crash on Sunday.

Dallas Mayor Eric Johnson said the NTSB had taken control of the crash scene, with local police and firefighters in support.

The videos are heartbreaking. Please say a prayer for the souls who have taken to heaven to entertain and educate our families today.

The planes collided and crashed around 1:20 p.m., the Federal Aviation Administration (FAA) said in a statement. The collision happened during the Commemorative Air Force Wings Over Dallas show.

Victoria Yeager, the widow of famed Air Force test pilot Chuck Yeager and a pilot herself, was also present at the show. She did not see the collision, but did see the burning wreckage.

She said: “It got sprayed. We just hoped they were all out, but we knew they didn’t.”

The B-17, the cornerstone of American air power during World War II, was a huge four-engined bomber used in daylight raids against Germany. The Kingcobra, an American fighter aircraft, was used primarily by Soviet forces during the war. Most B-17s were scrapped at the end of World War II and only a handful remain today, widely displayed in museums and air shows, according to Boeing.

Multiple videos posted on social media showed the fighter jet appearing to fly into the bomber, causing it to quickly crash to the ground and unleash a large ball of fire and smoke. The videos did not appear to show anyone skydiving before the planes crashed to the ground.

#BREAKING: New in-flight collision angle obtained by @WFAA shows B-17 and other aircraft flying formations at #WingsOverDallas at 1:21 p.m. today when he was hit by a P-63 and fell to the ground over Dallas Executive Airport (RBD) airfield. pic.twitter.com/6NAS93b3re

“It was really horrible to see,” Aubrey Anne Young, 37, of Leander. Texas, who saw the crash. His children were inside the shed with their father when it happened. “I’m still trying to make sense of it.”

A woman next to Young can be heard crying and screaming hysterically in a video Young uploaded to her Facebook page.

Airshow safety – especially with older military aircraft – has been a concern for years. In 2011, 11 people were killed in Reno, Nevada, when a P-51 Mustang crashed into onlookers. In 2019, a bomber crashed in Hartford, Connecticut, killing seven people. The NTSB then said it had investigated 21 crashes since 1982 involving World War II bombers, resulting in the deaths of 23 people.

Wings Over Dallas bills itself as “America’s premier WWII airshow,” according to a website advertising the event. The show was scheduled for November 11-13, Veterans Day weekend, and guests were to see more than 40 World War II-era aircraft. Its Saturday afternoon flight demonstration program included the “Bomber Parade” and “Fighter Escorts” which featured the B-17 and P-63.

The FAA has also launched an investigation, officials said.