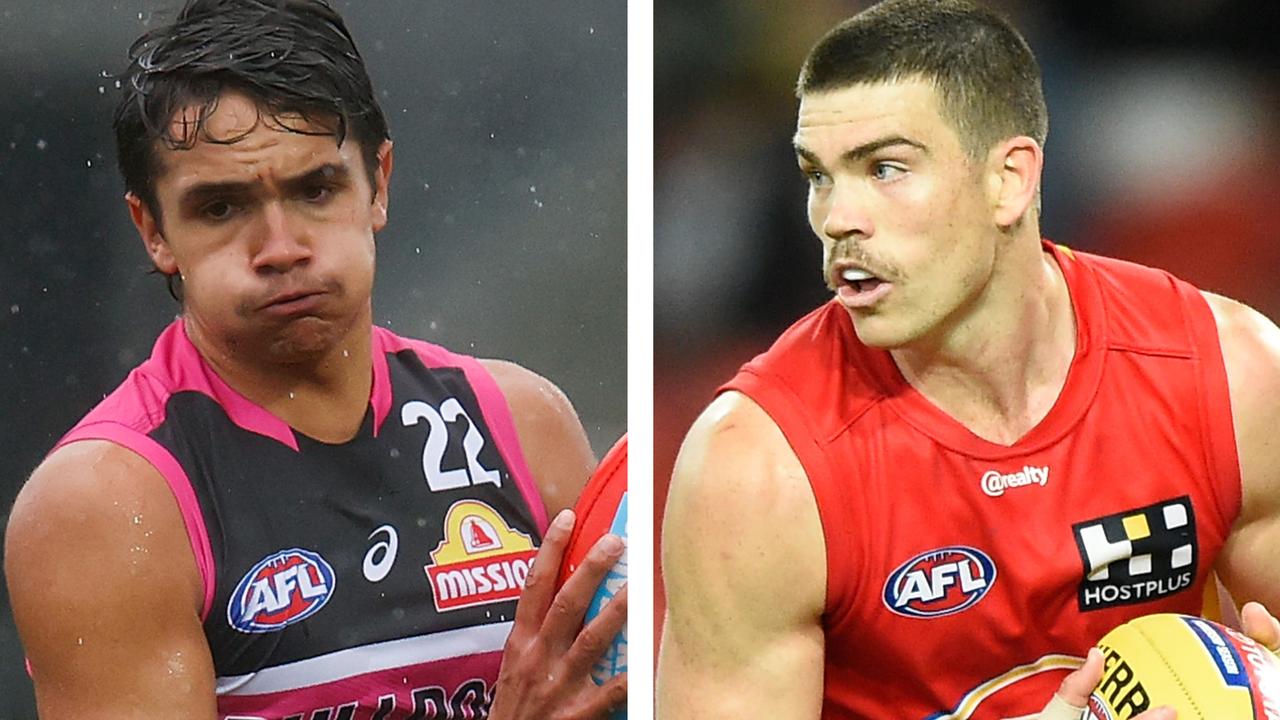 A Western Bulldogs legend has weighed in on Jamarra Ugle-Hagan’s future.

More left-field priority for the Gold Coast Suns as they seek to avoid a â€œthird waveâ€ of star players.

Get all the latest news on player movements in AFL Trade Whispers!

Stream select Fox Footy shows for free on Kayo Freebies in June, including AFL 360, On The Couch, Bounce and more. No credit card. No fuss. Sign up for free now>

Western Bulldogs game record holder Brad Johnson says there is “no way” coach Luke Beveridge will hand over No. 1 draft pick Jamarra Ugle-Hagan in his AFL debut , calling on the 19-year-old to “earn” his place on the team.

Ugle-Hagan continues to play in the reserves despite reports earlier this month that rival clubs believed they were an “outside chance” to trap the key candidate, who would be “disillusioned” by his time at the Dogs so far.

Speaking on Fox Footy’s Saturday Stretch, Johnson said it was Ugle-Hagan’s responsibility to knock on the door with consistent performances at the VFL level, with Josh Bruce and Aaron Naughton’s current senior forward mix combining for a staggering 66 goals so far this season. .

â€œIt’s up to Ugle-Hagan to play this year or not and it’s up to him to get in shape and stay in shape for several weeks and break down that door,â€ he said.

â€œHe could have a big last game of the year and play a few big finals for the Bulldogs if he succeeds, but I don’t think the club has seen him so far this year.

â€œWe haven’t heard much lately, he didn’t play very well in the VFL last night, so he has a bit of work to do.

“I think he understands that and just needs to get down to business and do it.”

When asked if Luke Beveridge should speed up Ugle-Hagan’s debut to give it a taste of the highest level, Johnson replied, â€œNo way, not for the experience. You have to earn your place in football today.

The Gold Coast Suns face a potential trade exodus in the coming years if their form on the pitch continues, with the team urged to secure the signing of key defenseman Sam Collins as a priority.

Essendon legend Matthew Lloyd said this week he feared the club could experience a “third wave” of star players if their struggles on the pitch continued, with the comments coming ahead of the club’s 50-point loss. team against Port Adelaide.

This year, Sam Day, Sam Flanders and Lachie Weller are the key names out of contract, while in 2022 attention will turn to Ben King, Sam Collins, Jack Lukosius and Izak Rankine.

“I guess the point is, if they don’t win, what’s holding them back at a club like that?” There’s no crowd or not enough crowds to play there, that’s what you want to play in front of as young children, â€he said.

â€œThere are some big names out there, but I would probably sign Sam Collins first among all these guys.

â€œI just think he’s a solid defender, key defenders are really hard to find. Getting it right over the next couple of years is important.

The billionaire who let his heart take over