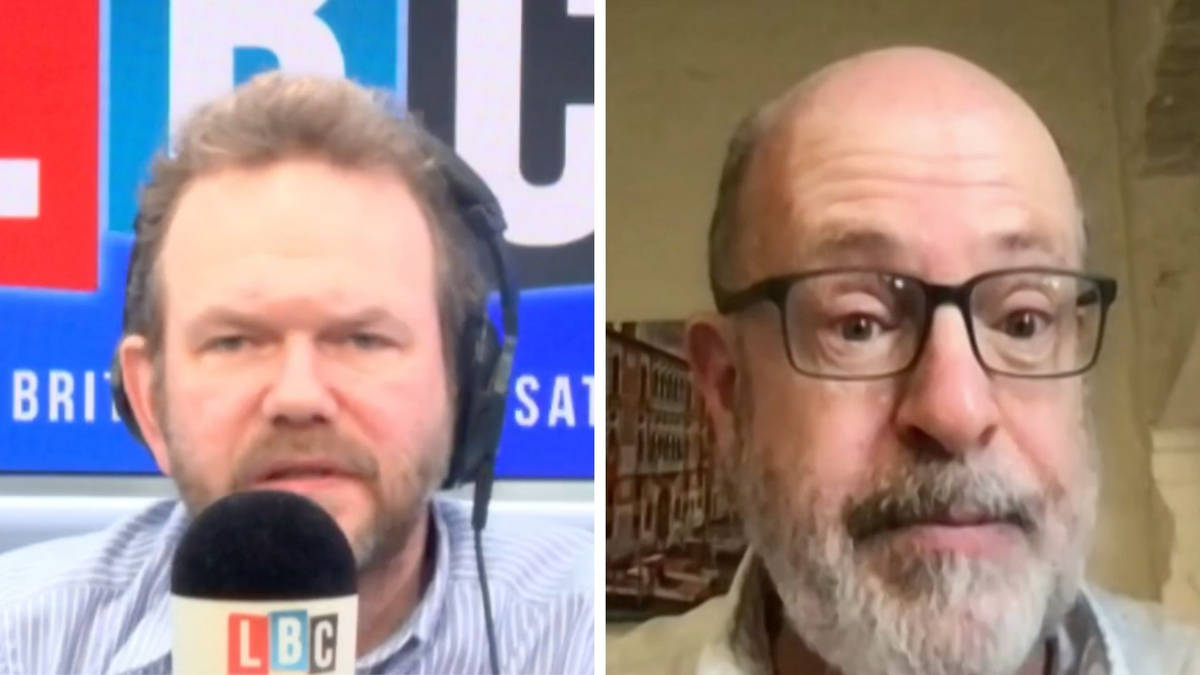 John Sweeney told LBC that Russia was the “big dog off the leash” after troops were ordered into eastern Ukraine.

Speaking to LBC’s James O’Brien, Mr Sweeney said: “It’s bad. It’s bad. What’s happened is the big dog is off leash and it’s us rumbles on it.

“His troops and tanks have not yet crossed the current ceasefire line, so at the moment the situation is the same, but basically the dog is not on a leash.

The journalist went on to share that he “saw for the first time what Putin really looked like” in Chechnya at the very beginning of 2000, where he saw “serious evidence of war crimes committed by the military Russian”.

He reflected on his meeting with a little girl, whom he has since spoken to again in recent days as tensions continued to mount.

She told him that people are “afraid to speak – we are afraid to breathe”.

“Putin wants to do this to Ukraine and Ukraine is a rough old democracy – it’s a little rough, it’s a little wonky but it’s a democracy,” Mr Sweeney continued.

“There have been two peaceful changes of government properly through the ballot box.

“So the idea that this man can get away with it is wrong.”

It comes as the UK has warned that a ‘sanctions barrage’ is on its way to Russia after bringing troops into eastern Ukraine.

Mr Putin said late Monday that two rebel regions in the neighboring country would be recognized as independent states, accelerating the invasion.

Meet some of the Season 2 mascots looking for “furever” homes