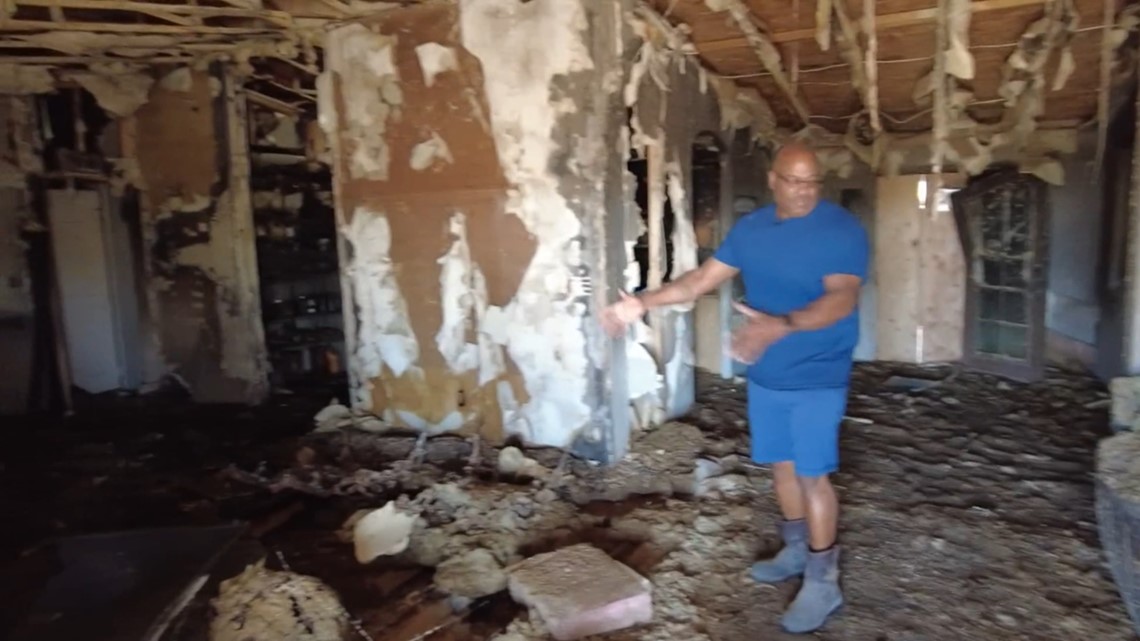 San Tan Valley family lose everything when their house burns down

The family runs Kingpin BBQ, a food truck company that has been selected as a supplier for the upcoming Super Bowl LVII. The fire destroyed some of their equipment.

SAN TAN VALLEY, Arizona – A family from the San Tan Valley who have been selected to be one of the food vendors for the next Super Bowl LVIIis forced to start all over again after a fire completely destroys their new home.

“We were so happy, we’re going to do Super Bowl stuff and at the end of the night we’re sitting there scratching our heads and holding hands crying because we lost everything,” said Jimmy Cole.

Cole and his family Kingpin BBQa food truck company that he says is among those selected by the NFL Business Connect to help bring big game to Glendale next year.

But last Thursday around 3 p.m., as Cole and his wife were wrapping up a Super Bowl reunion in the Valley, their house caught fire.

They had just moved in six months ago.

“This morning before we left, it was so nice and peaceful here, and we’re heading home,” Cole said. “I can’t describe it. Everything is destroyed.

All of their living room, kitchen and dining room furniture, decorations and memorabilia were burned. The fridge, microwave and even the washer and dryer melted. The smoke blackened their white and light gray walls. The carpet was filled with debris, holes and water since firefighters extinguished the flames.

Cole’s 22-year-old son and his 7-year-old dog were at home when the fire broke out.

“He wakes up and smells food and thought we were here making lunch,” Cole said. “When he got up to go to the bathroom, he opened the door and saw flames and smoke everywhere.”

The son made it out safe and sound, but Kimbo, their Cane Corso, was locked in their master bedroom. Rural Metro Fire San Tan Valley firefighters resuscitated Kimbo using Fido bags donated by the Fetch Foundation.

The dog breathed in a lot of smoke and was taken to an emergency vet. The foundation, the fire department and the non-profit organization Dogs Day Out AZ helped cover medical costs.

“Everyone helped out, without the community I don’t think we’d be this far,” Cole said.

Although he is new to his new neighborhood, the neighbors have rallied around the family.

A neighbor gave them a trailer to sleep in, another let them work, and others offered food and clothing.

All acts of kindness from strangers, Cole said, will not go unnoticed.

RELATED: Mississippi firefighter moves to Arizona thanks to community compassion after tragedy

When he was 17, Cole said he lost an aunt to a fire in his hometown of Cincinnati. Knowing that his son and his pet made it out safe and sound is all that matters to him.

“I know God is watching over us, with him we will move forward,” Cole said.

The family created a GoFundMe to help get them back on their feet and replace the work equipment necessary for their great participation in the Super Bowl.

Check out the latest news and stories on our 12News YouTube playlist here.