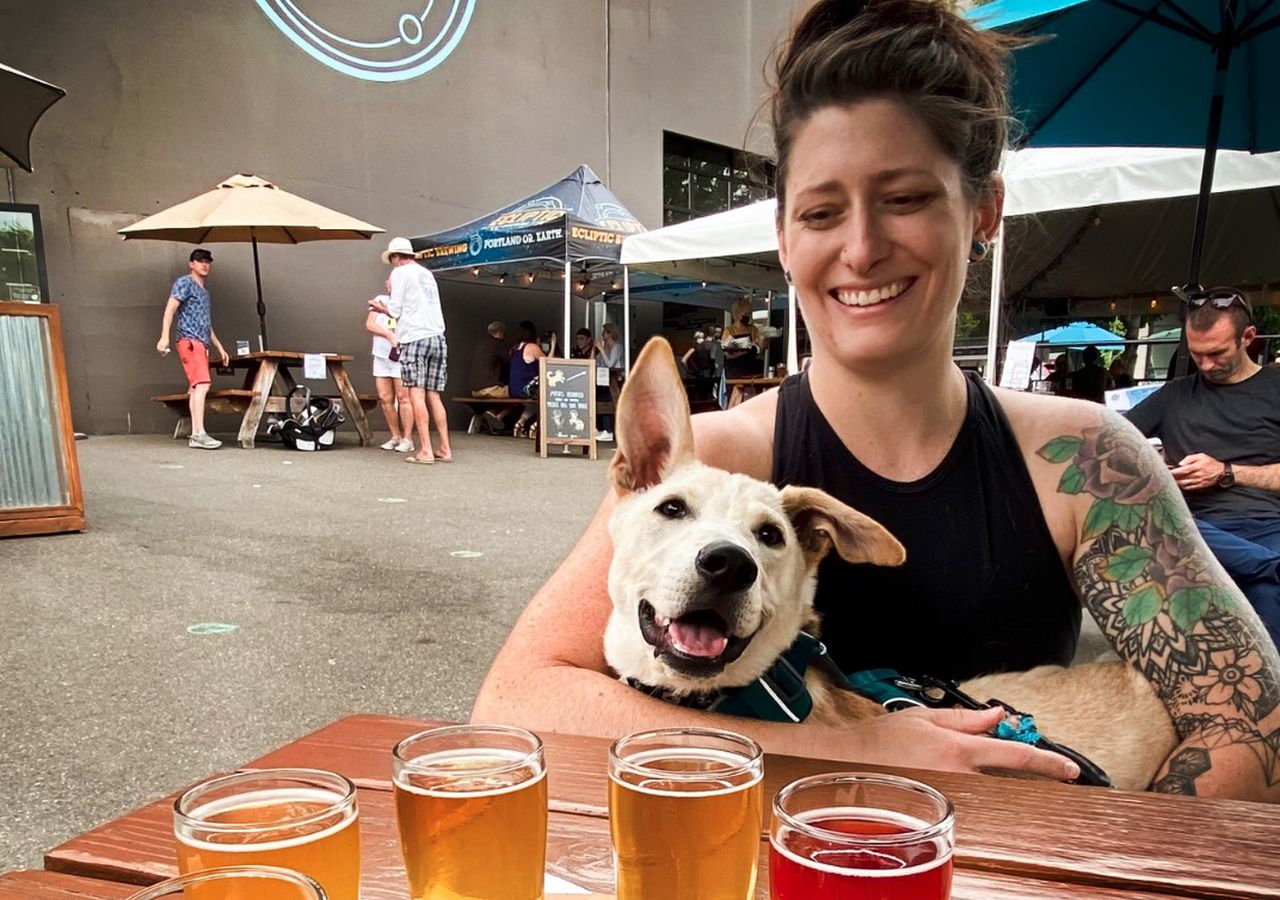 A year ago, business and life partners Stephen Guarino and Cambrie Burns founded a service that evolved from their own needs – finding Portland-area breweries that are open and friendly to the couple in bringing another partner, their dog Riley, when they go out for a beer.

Now, Pup Passport has expanded to Puget Sound, offering the same service to Seattleites looking for a place to grab a pint and bring their pooch without having to scour the web just for conflicting information about the welcoming of pets.

“We frequent the brewery scene, so we wanted to find some cool places we could take him,” Guarino said. “We didn’t want to leave it in its crate. But we had to call places to visit and the websites weren’t always responsive.

The service is quite simple: the digital puppy passport resides on your phone and guides you to confirmed dog-friendly places. You show it to participating breweries to get beer discounts and other benefits.

So far in their first year, Guarino and Burns have about 50 Portland-area breweries on the passport and about 20 in Seattle.

“The first year was pretty cool,” Guarino said. “We did quite a bit of outreach at first, then we stopped trying to reach out to other breweries – they just found us. It was cool to make a name for yourself and get recognized.

Pup Passport donates 5% of Portland sales to the Oregon Humane Society, Guarino said. They have yet to strike a similar deal in Seattle, but plan to do the same — and also retroactively donate previous sales once they connect with a Puget Sound humanitarian society.

Some big name breweries have signed up including Breakside Brewery, Great Notion Brewing, Grains of Wrath Brewing, Level Beer, Migration Brewing and StormBreaker Brewing. And while the passport is called Portland, it’s generous with that border, attracting breweries from further afield such as Wolves & People Farmhouse Brewery in Newberg.

The pair even collaborated on a beer with Southeast Portland’s Threshold Brewing & Blending in April, releasing Good Dog Guava, a tart, gose-style beer with guava, passion fruit and a touch of sea salt. by Jacobsen.

“They’ve been awesome for us,” Guarino said of Threshold founders Jarek and Sara Szymanski. “And the beer flew off the shelves.”

Sary Szymanski said Pup Passport was a positive thing to come out of COVID-19 – and timed for a wave of pet adoptions as well as the addition of outdoor seating. The brewery signed on shortly after launching Pup Passport and held a fundraiser together for the Oregon Humane Society.

“They liked our beer and something like nine months later Good Dog Guava was born,” she said. “Probably one of the most fun collaborations we’ve done here to date, and we’ve been able to raise some great funds for the OHS through it as well.”

Guarino said he and Burns were approached by a winery interested in Pup Passport, so more expansion might be on the horizon at some point.

“We had talked about not turning down wineries, but we’re not going to rebrand,” he said. “We have spoken in the future of a passport centered on wine. And even eventually, it could open us up to do a distillery passport, any kind of alcohol industry. We do not exclude any of these.

But for now, after the launch of the Seattle service, and then the one-year anniversary this Saturday, something more important demands Guarino and Burns’ time: their wedding.

“We were happy to get the passport out of Seattle and use it before we had all the wedding stuff and the honeymoon, and then once we get back we’ll talk about what to do next,” Guarino said.

The pandemic and winter slowed the initial growth spurt a bit, but Guarino said it was starting again.

“People are still discovering it and talking about it more than ever as a way to find things to do,” he said. “People aren’t going out as much because of COVID, so now they’re buying the passport to know where to go.

“Word of mouth is better than ever,” he said. “And sales are increasing now that the sun is rising.”

Adopt a Pet This Weekend – The New Indian Express