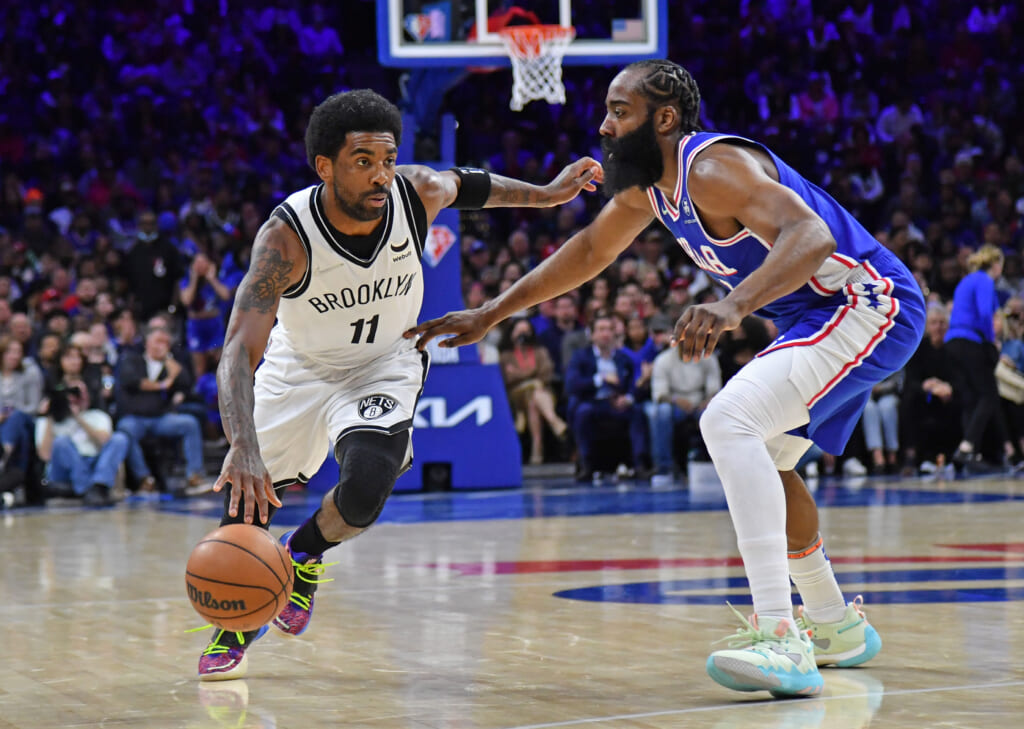 The Philadelphia 76ers were set to go big game hunting when they opened NBA free agency last week. So far, that hasn’t been the case with front office chief Daryl Morey adding PJ Tucker, Danuel House and De’Anthony Melton to the mix.

Could that soon change? Certainly.

According to NBA insider, Shams Charania of The Athletic, Philadelphia is one of the teams interested in acquiring Brooklyn Nets star guard Kyrie Irving. Charania also mentions the Dallas Mavericks as another suitor.

There are certainly a lot of layers in this recent report. At present, it seems a foregone conclusion that Irving will go to the Los Angeles Lakers in exchange for a package surrounding Russell Westbrook. Maybe the Nets are leaking this story to up the ante on what the Lakers could offer Irving. Perhaps the interest is real. We have no idea.

The sticking point here may be Philadelphia’s reluctance to drop young guard Tyrese Maxey in any trade for Irving. Other than that, there’s not much the 76ers could offer in terms of young assets.

Matisse Thybulle, Jaden Springer and Charles Bassey probably aren’t moving the needle too much for Brooklyn in potential trade talks.

Of course, Tobias Harris and his inflated contract would have to go to Brooklyn to make the finances work. From there, the 76ers could offer first-round picks in 2026 and 2028 to make it worthwhile for Brooklyn.

Don’t forget, they still owe the Nets two first-round picks from the deal that sent James Harden to Philadelphia on a package around Ben Simmons in February.

There’s also this thing called fit. Irving and Harden didn’t necessarily go down during their short time together in Brooklyn. Is this a couple that even makes sense for the Philadelphia 76ers?

Detroit Metro Shelters Struggle Due to Rise in Pet Abandonments