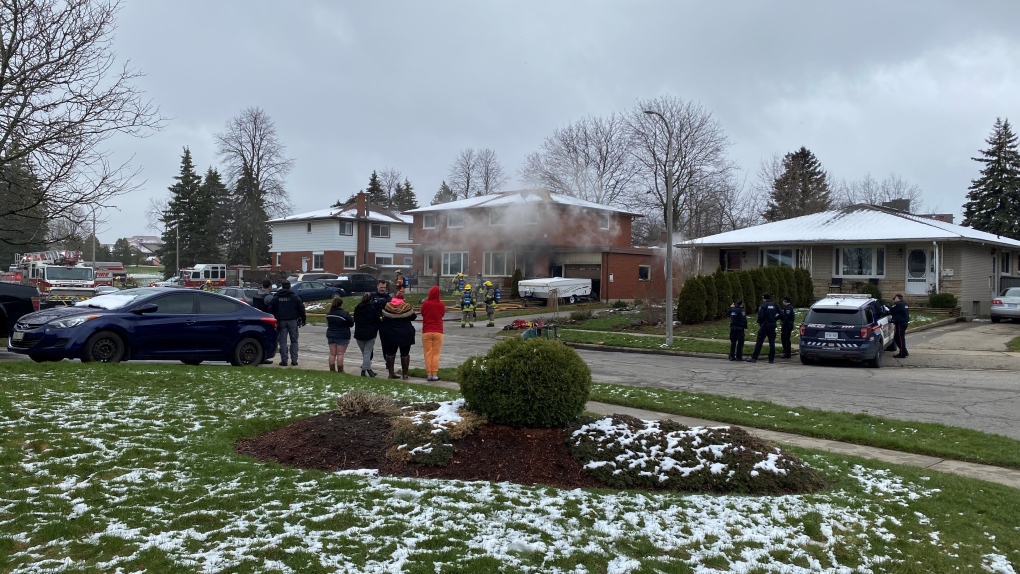 A pet has died and a home is badly damaged after a fire Tuesday afternoon in the Stanley Park neighborhood of Kitchener.

Firefighters say they removed seven dogs and cats from the home. The animals were found inside, unconscious from smoke inhalation and had to be resuscitated. Unfortunately, one of the cats did not survive, despite rescue efforts.

Witnesses described firefighters pulling animal after animal out of the burning building.

“It was something out of the ordinary. People assume and associate firefighters helping people out of cars, house fires. In this situation, I saw the firefighters extract animals from the house,” said witness Chris Nandor. “The majority of the animals were carried away, they were unconscious and draped over the shoulders of the firefighters…one very large dog was taken away by two firefighters who created a sling with a blanket.”

Witness video taken at the time of the fire shows thick smoke coming from the house as firefighters worked to bring it under control.

Emergency crews including police, fire and paramedics were called home on Carnaby Crescent just after midday on Tuesday.

Residents of the home were already outside and unharmed when firefighters arrived, but the animals were still trapped in an upstairs bedroom.

Officials say the fire started in the basement, but the cause is still under investigation.