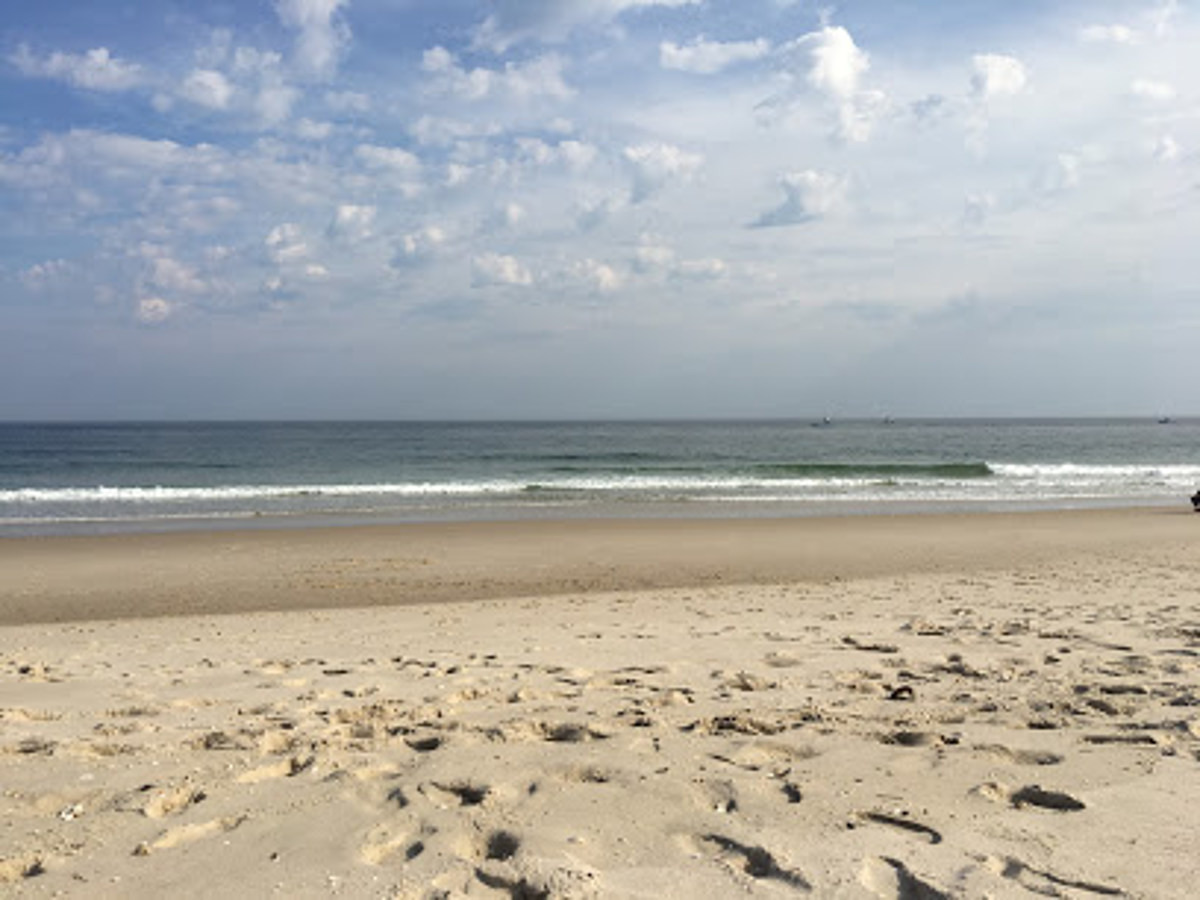 There were warnings early on this morning and they continued all afternoon in Toms River and The Brick and even from the Ocean County Sheriff’s Office which sent out an alert early on Saturday that said “Bathing advice: do not swim where there are no lifeguards – High tide for along the ocean”.

The Brick Police also sent out an alert at around the same time which read: “Avoid swimming at any of The Brick’s beaches due to the rip current and choppy waves.”

Several water rescues were carried out on Saturday in the Toms River and The Brick areas alone for drowning incidents and as all reached shore a victim tragically died shortly after.

Brick Police said in a statement that a 54-year-old man was pronounced dead shortly after 2:30 p.m. at Ocean Medical Center in The Brick.

Prior to that, police received a call at around 12:32 p.m. about a swimmer in distress in the ocean off Brick Beach I.

Two surfers saw the man struggling and made an effort to rescue him, could only pop his head out of the water but could not bring him back to land.

The Brick Police along with the Breton Woods, Pioneer Hose and Laurelton Fire companies responded to the scene, then the Coast Guard was called in to rescue the man from the water.

He was then brought to the Coast Guard station at Point Pleasant Beach.

Point Pleasant Beach EMS met with the Coast Guard at the station as CPR and rescue measures were applied to the man who later died.

In Toms River, several rescues were also carried out on Saturday.

Toms River Police said a swimmer entered the water near 2nd Avenue and Ocean Terrace in Normandy Beach and was caught in a rip current and the fight ensued for he keeps his head above water.

Police and EMS were dispatched around 11:20 am and as they responded Joseph Gates from Hopatcong ran into the water with his surfboard and was able to keep the man’s head above the water.

Thomas Galbraith of Warren and Colin Cronin of Lavalette, both also surfers, then entered the water with their surfboards and were able to help Gates and the victim return to shore.

During this rescue, Toms River Police said there were no injuries and no one needed medical assistance.

At around 12:30 p.m., Toms River Police and EMS were dispatched to 8th Avenue and Ocean Avenue in Ortley Beach where several swimmers were in distress.

A 22-year-old woman from New Fairfield, CT was the first swimmer to be taken out of the ocean by her friends.

She was treated by EMS and transported to the community medical center by an ambulance from Toms River.

Since Saturday night, she has been stable and should make a full recovery.

A 29-year-old man from Freehold was the next victim to be taken out of the ocean, around the same time, also by his friends.

He was conscious and treated by EMS as he was transported to the community medical center with medics on board and Toms River Police said he was listed in stable condition.

The third victim, a 27-year-old woman from Brookfield, Connecticut, was submerged several times underwater and appeared not to move.

It was at this point that Toms River Police said that a rescuer from the Seaside Heights Fire Department was able to rescue her and bring her ashore and at that time she was not had no pulse.

Firefighters then performed CPR as they brought him to the beach.

Once on the beach, EMS and medics continued with CPR and were able to regain her pulse before she was transported to the community medical center.

Since Saturday evening, she has been listed in critical condition.

Toms River Police cleaned the township’s ocean waters on Saturday afternoon of all swimmers due to the unsafe water conditions.