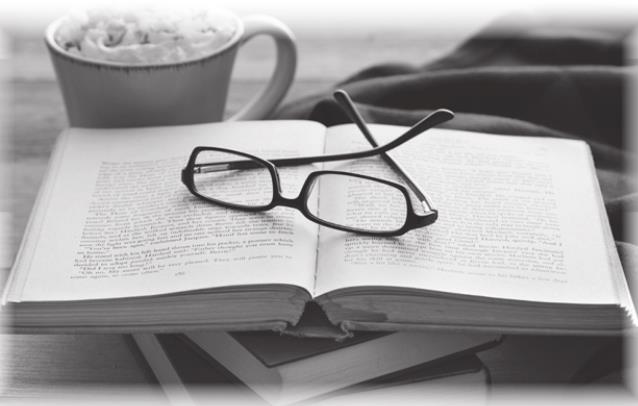 Below is a list of January additions to the Morton-James Public Library collections.

Venom: let there be carnage

Vengeance is mine The card counter

no time to die

Newark’s many saints to the last

Hell has no fury

No Exit by Taylor Adams

Bones of Heaven by Jonis Agee

An invisible thread by Laura Schroff

The Horsewoman by James Patterson

The Archivist by Rex Pickett

The Seven Husbands of Evelyn Hugo by Taylor Jenkins Reid

The Chest of Hope by Carolyn Brown

Bullets for Mulvane by William Heuman

The Trainwreckers (Guns of Samuel Pritchard Series No. 4) by Sean Lynch

When the Missouri Ran Red by Jim R. Woolard

Girls Before Earls (Rogues to Lovers Series No. 1) by Anna Bennett

To Be Loved by You (Rescue Me Series No. 6) by Debbie Burns

Hot for You (Turn Up the Heat Series No. 3) by Marie Harte

The Widow Wore a Plaid (Widow’s Club Series No. 6) by Jenna Jaxon

Marry Me, Millie (Widow’s Club Series No. 1) by Amy Lillard

How To Cowboy (Creedence Horse Rescue Series No. 3) by Jennie Marts

London’s Most Eligible Viscount (Lords of London Series No. 2) by Ella Quinn

A Scoundrel of Her Own (Sinful Wallflowers Series No. 3) by Stacy Reid

The Devil and the Heiress (Gilded Age Heiresses Series No. 2) by Harper St. George

The Heiress Gets a Duke (Gilded Age Heiresses Series No. 1) by Harper St. George

The Rebel and the Rake (League of Scoundrels Series No. 2) by Emily Sullivan Fortune Favors the Duke (Cambridge Brotherhood

The Real Cowboy of Sunset Ridge (Gold Valley Series No. 14) by Maisey Yates

Bones of Heaven by Jonis Agee

His hidden genius by Marie Benedict

A Stranger’s Game by Colleen Coble

One Step Too Far (Frankie Elkin Series #2) by Lisa Gardner

Something to Hide (Inspector Lynly Series No. 21) by Elizabeth George

Reminders of Him by Colleen Hoover Targeted (Bob Lee Swagger Series No. 12) by Stephen

The Good Son by Jacquelyn Mitchard

Bye Bye Baby (Spenser Series No. 50) by Robert B. Parker

A Thousand Steps by T. Jefferson Parker The Horsewoman by James Patterson

The Horsewoman by James Patterson

The Crown Without Stars (Moonfall Series #1) by James Rollins

Our Country Friends by Gary Shteyngart

There’s Nothing For You Here by Fiona Hill

Crazy for Cookies, Brownies and Bars by Dorothy Kern The Gift of Home by Bre Doucette

The gift of the house by Bre Doucette

Call Us What We Wear by Amanda Gorman

Those Precious Days by Ann Patchett

The 1619 Project by Nikole Hannah-Jones

Going There by Katie Couric

I Know Your Secret by Daphne Benedis-Grab board book: It Had To Be You by Loryn Brantz board book: The Very Hungry Caterpillar Eats Breakfast by Eric Carle

As the Falcon Flies (Hardy Boys Adventures Series No. 24) by Franklin W. Dixon

Eva at the Beach (Owl Diaries Series No. 14) by Rebecca Elliott

Eva in the Spotlight (Owl Diaries Series No. 13) by Rebecca Elliott

Journey to the Pumpkin Farm (Owl Diaries Series No. 11) by Rebecca Elliott

Picture Book: Stopping in the Woods on a Snowy Evening by Robert Frost

Miss Blake is a snowflake! (My Weirder-est School Series No. 4) by Dan Gutman

Miss Porter is out of order! (My Weirder-est School Series No. 2) by Dan Gutman

picture book: This is a gift for you by Emily Winfield Martin

Escape from Atlantis (Atlantis Series No. 1) by Kate O’Hearn

Compass of the Stars (Thea Stilton and the Treasure Seekers Series No. 2) by Thea Stilton

Knock Knock! The Biggest Best Joke Book of All Time by Highlights Press

Prisoners of geography: our world explained in 12 maps by Tim Marshall

Killers of the Flower Moon: The Osage Murders and the Birth of the FBI by David Grann

The Julian Chapter of RJ Palacio

Ruin and Rising (Shadow and Bone Series No. 3) by

Siege and Storm (Shadow and Bone Series No. 2) by Leigh Bardugo

How Not to Fall in Love by Jacqueline Firkins

Our Violent Ends (These Violent Delights Series No. 2) by Chloe Gong

A Serpent Falls to Earth by Darcie Little Badger You Will Be My Death by Karen M. McManus

You Will Be My Death by Karen M. McManus

You Reached Sam by Dustin Thao

The Curse of Excalibur (Camelot Rising Series No. 3) by

The Guinevere Deception (Camelot Rising Series No. 1) by Kiersten White

Are Facebook, Snapchat and Tiktok the ‘new eBay’ for endangered wildlife?

February 1 Face of the Day: Dwayne the Dog | face of the day