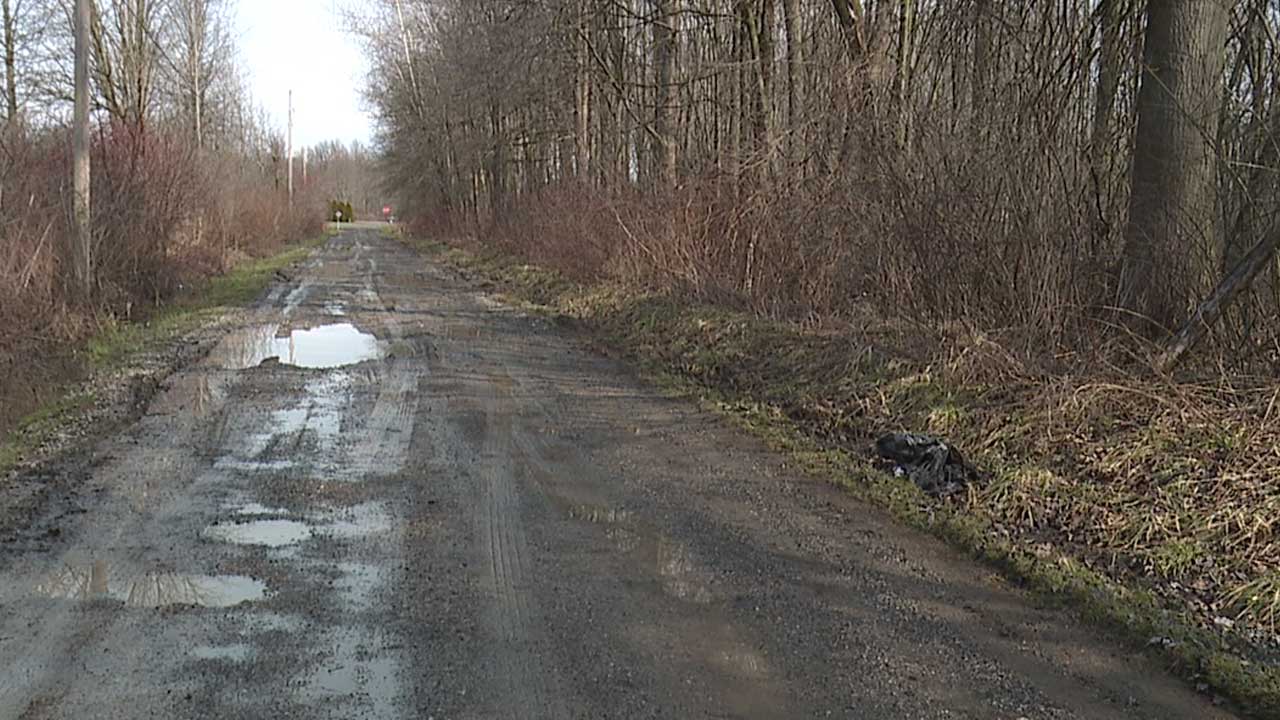 MESOPOTAMIA, Ohio (WKBN) — A deceased dog had been wrapped in a trash bag and dumped in Trumbull County. Now the only owner on the street wants to know what happened to the animal and why it was left there.

Only a trash bag remains of what was a disturbing discovery for a Mesopotamian woman and her boyfriend this weekend.

“It was very upsetting. It still is,” Lori Kyle said.

Kyle said her boyfriend had gone for some coffee creamer on Saturday morning when he spotted something on the side of Noble Lane that hadn’t been there the night before.

“There was a big, long package – probably four and a half feet, five feet long – with black garbage bags under the black was white, we didn’t know we didn’t want to touch it because we didn’t know what that was when I called the sheriff,” Kyle said.

When deputies arrived they opened the trash bags and found a large dead dog, believed to be a brindle Mastiff, wrapped in blankets and covered in blood.

“You know I have dogs, and it was pretty upsetting to find something like that on the side of the road,” Kyle said. “It’s heartbreaking that someone would do such a thing. I see no reason for it, unless you’re trying to hide something.

Deputies scanned the dog for a microchip, but no microchip was found.

The Trumbull County Dog Warden’s Office has taken custody of the animal for proper burial.

“It just makes you wonder, you know, what happened? What happened to the poor thing to get dumped like that? Kyle said.