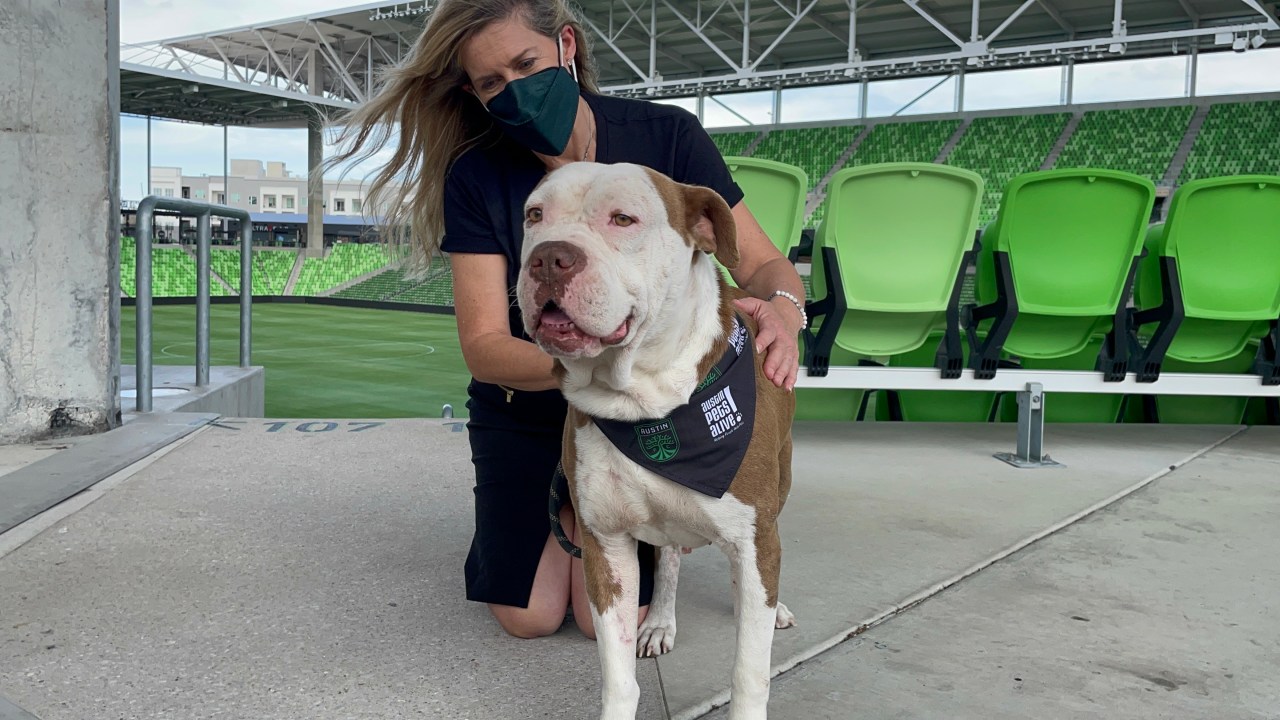 Meet some of the Season 2 mascots looking for “furever” homes

“One of the things I experienced here in Q2 Stadium with the inaugural season’s honorary mascots was that so many people who had already adopted and fostered dogs and cats from Austin Pets Alive! came to me and showed me on their phone,” she said with a smile.

As Austin FC began preparations for its inaugural season last year, the focus was on the businesses, artists, musicians and organizations that make Austin “Austin.” Kaitlin Mauro, vice president of community impact for Austin FC, said the team wanted to recognize the work of APA! for Austin’s adoptable pets – with a creative twist.

“Of course we all want to win games and we hope to do that a lot here at Q2 Stadium this year,” she said. “But we also really aim to be a catalyst for all the amazing things that make Austin such a special city to live in. And Austin Pets Alive! and the many pets it serves are certainly the lifeblood of our great city.

Through the collaboration, Chase said she hopes Austin FC fans can be inspired to extend their homes to a new furry friend or support the nonprofit’s efforts through foster families and donations.

“Not only does this help get dogs adopted from Austin Pets Alive!, but it really helps educate the greater Austin community about our need for adopters, foster families, volunteers and donors,” said she declared.

Three of this year’s mascots that will be featured are Gabin, Pink and Kenneth. Both Gavin and Rose’s hind legs are paralyzed from injuries sustained before entering the shelter.

Chase said that for pets with different health conditions or abilities, this partnership fully showcases their personality, in turn attracting owners who could be their ideal partner.

“Dogs like Gavin here have a chance to be in a forever home because of this partnership,” she said with a smile.

What Are Emergency Loans and How Do They Work?