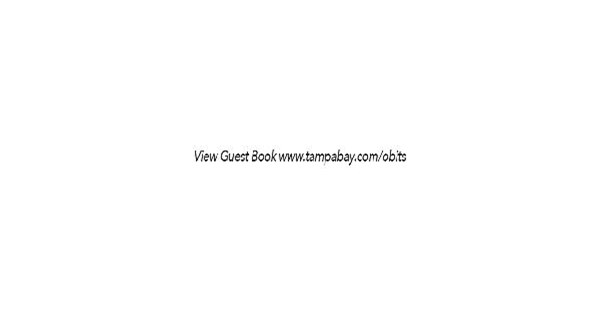 HYATT, Kenneth Ernest died on October 8, 2021 in Tampa, Florida at the age of 81. He was predeceased by his parents, Spurgeon E. Hyatt and Grace Lorentzson Hyatt; and his brother, Thomas Andrew Hyatt (Polly), all of Canton, Georgia. He is survived by his wife Anne Rogers Hyatt for 55 years; daughters, Ava Hyatt Trask (Raiford) and Marian Hyatt Sbar (Jon); son, Kenneth Ernest Hyatt Jr. (Alison); grandchildren, Sarah Sbar, Ramsay Trask, Hyatt Sbar, Anne DeVeaux Trask, Trey Hyatt and Grace Hyatt; and his brother Wayne Hyatt (Margaret Vick). Ken was born in Canton, Georgia on August 14, 1940. He attended Canton High School and Darlington Preparation and was a boisterous and proud wreck of Georgia Tech with degrees in Civil Engineering (BS) and Management industrial (MS). Ken was a director of the Georgia Tech Alumni Association, founded the Kenneth Hyatt Distinguished Alumni Speaking Series and has always been a fan of yellow jacket football. Ken served as an officer in the US Navy from 1962 to 1965. He began his career with the Georgia Marble Company in 1976 in Atlanta, Georgia, before moving to Tampa in 1985 to serve as the director of the US Navy. operation of parent company, Walter Industries. He was President and CEO of Walter Industries from mid-1995 until his retirement in 2000. Ken deeply loved his community of Tampa where he lived for 36 years and held it in various capacities, including Boards of Trustees of the Salvation Army Tampa Area Command, Florida Aquarium, United Way and Chairman of the Board of Trustees of the University of Tampa. He was also very active in the Boy Scouts, serving as Chairman of the Southern Region Metro Group and Chairman of the Gulf Ridge Council and eventually received the Distinguished Eagle Scout Award and the Silver Beaver Award for his service to Boy Scouts. Ken enjoyed spending time with his family. Anne and Ken’s 35-year Tampa home has been a gathering place over the years for her children, her children’s friends, friends of the arts, Ken’s Yellow Labs, and multiple stray dogs and cats from the streets of Mentone, Alabama and Tampa. Their home was also the after school gathering place for his grandchildren who all called Ken “Big Daddy”. His grandchildren will always treasure his legendary holiday celebrations and after-school â€œpickupsâ€ at home for homework and snacks while Big Daddy worked on his computer. Eagle Scout and outdoor enthusiast, Ken has always had a passion for hunting and fishing of all kinds. He found the same joy of fishing for bass in Lake Lanier, Georgia, sitting in a dove field in Pasco County or catching sea bream at his summer place in Mentone, Alabama, which he hunted in big game internationally or trophy fishing in salt water. Modest in his many accomplishments, Ken was much less so in his hunting and fishing. Ken will be sadly missed by the taxidermy industry. A memorial service will be held on October 23 at 10:30 am at St. John’s Episcopal Church. Donations in memory of Ken can be made to The Salvation Army at PO Box 76117, Tampa, FL 33675 or the Boy Scouts of America Tampa Bay Area Council, 13228 N. Central Avenue, Tampa, FL 33612 or at igfn. us / f / 3jih / n. www.blountcurrymacdill.com

Football Georgia: Behind the defense, the 2021 title is to lose for the Bulldogs