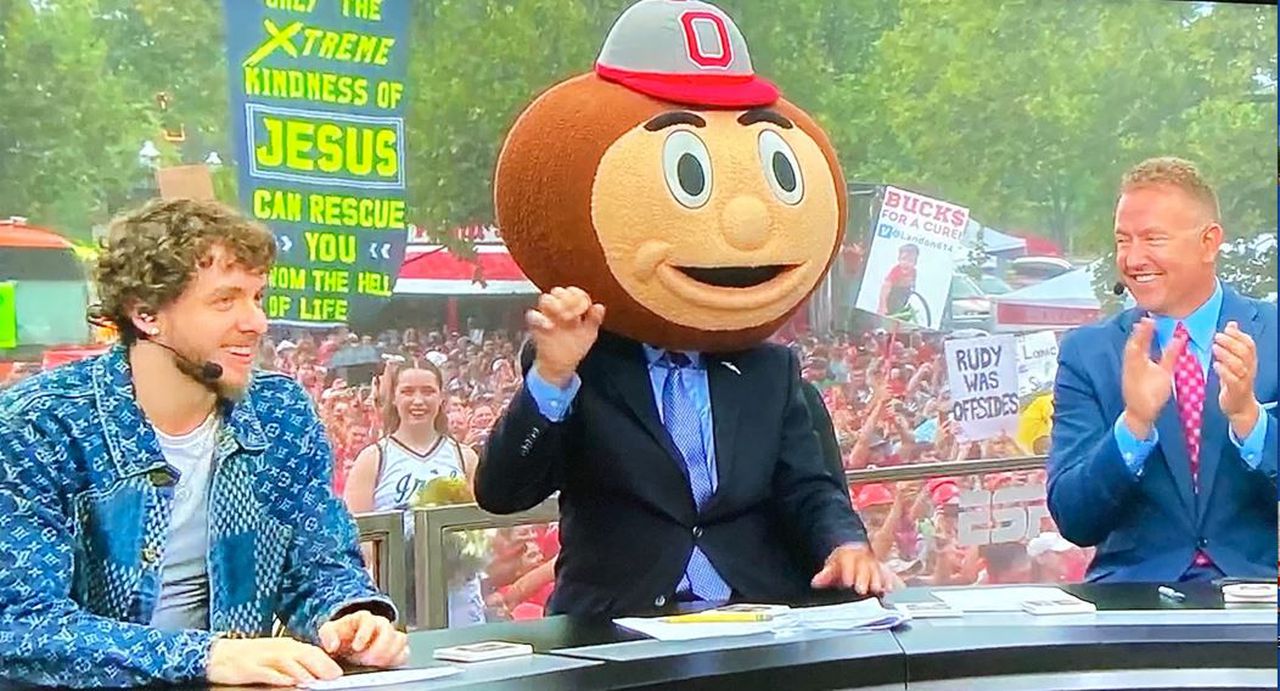 The college football season is in full swing. What better way to kick things off than with Lee Corso’s choice of headgear on ESPN’s College GameDay.

The panel, along with guest draftsman Jack Harlow, touched on a number of games, but when it came to Ohio State-Notre Dame, Corso admitted it was the toughest game he’s ever had to pick.

“Do you know what Brutus means to me?” Corso asked. In fact, it was the very first choice of headgear he made on the set of “GameDay.” “But do you know what Notre-Dame means to me? He is Catholic, after all. ” A difficult choice. Game full of legends. The hardest choice I’ve ever had to make. I’m Catholic and I hate going against Notre Dame, but there’s only one legend that matters, Brutus.

The Buckeyes are a 17.5-point favorite, but Michigan legend Desmond Howard said the number was too big.

“I think Notre Dame is going to be better than people think,” Howars said. “Come into this game as a 17.5 point dog? I like what Marcus Freeman brings to this team. I saw their spirit, their energy. I think it’s going to be closer than the experts think. I have the Buckeyes winning a tight one in the fourth quarter.

For Harlow, it was more about self-preservation.

“Let me tell you something. I could be from South Bend,” Harlow explained. “I could have grown up as a Notre Dame fan, and you couldn’t pay me to say Notre Dame today. I’m about to start my tour on Monday, and I want to get out of here alive. I’m going to the state of Ohio.

Herbstreit didn’t make a choice because he called the game.

Here are this week’s picks:

RSPCA Leeds and Wakefield: Dogs and cats for adoption

Don Martin: Weapons given to rising heroes | Outdoors and leisure