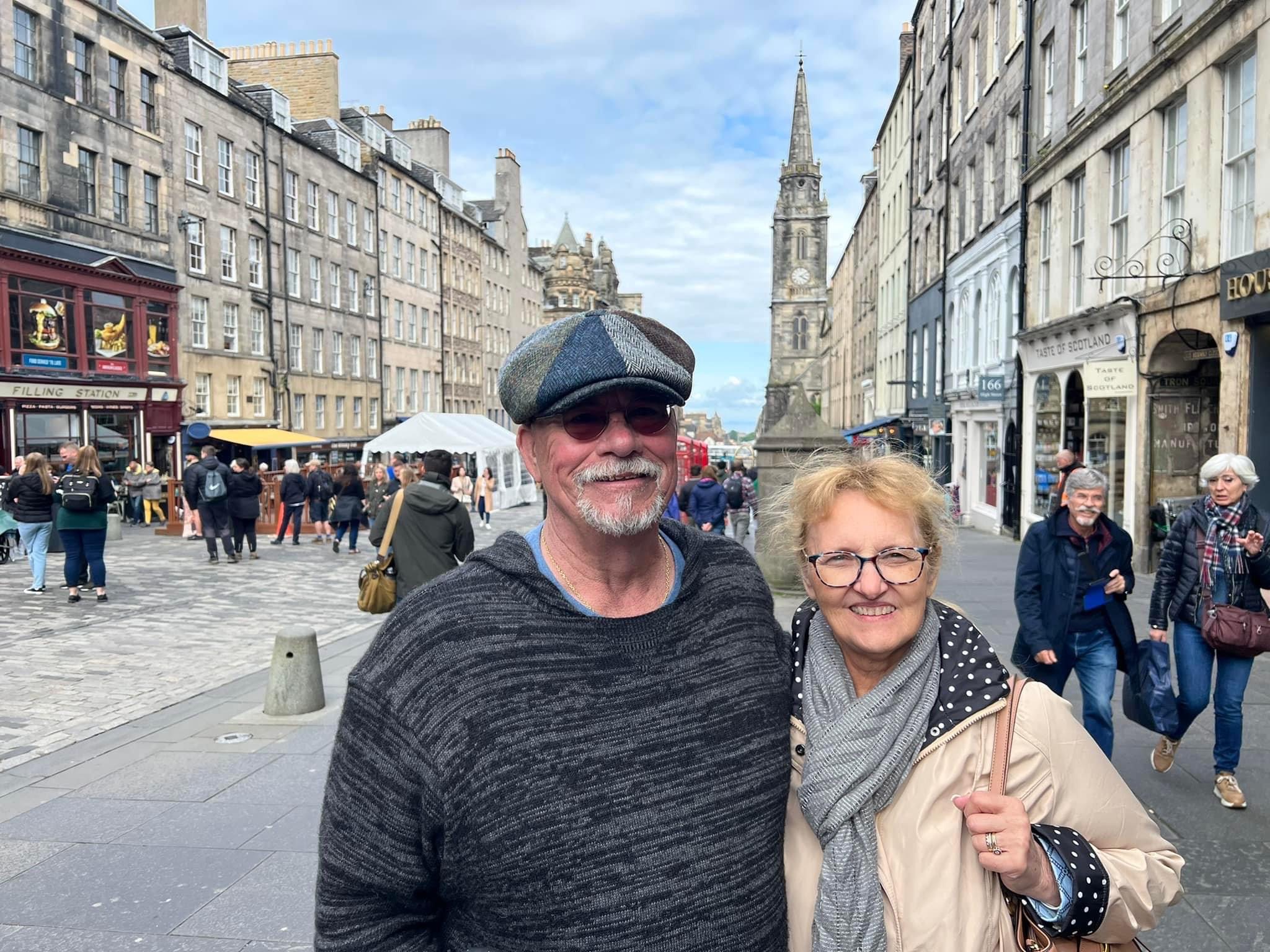 Columnist Tom Lounsbury made his life’s dream come true by visiting Scotland, the land of his ancestors

Visiting Scotland, especially its historic Highlands, has been a lifelong pursuit of mine that has finally come to fruition recently. My son, Josh, and I had planned a five-day deer hunt with International Adventures, and my wife, Ginny, was coming as a non-hunter.

Our plan was to arrive in Edinburgh three days early to enjoy the local sites before the hunt, then return to Edinburgh after the hunt for two more days of sightseeing before returning home. It was a great way to not be rushed to reach the hunting area, as well as catch the flight home. Believe me, folks, when I say five days in Edinburgh has barely scratched the surface of things to do and see.


It was with great anticipation that we boarded our jet in Detroit and took a two-hour flight to Boston, followed by a five-hour flight, overnight in our time, to Edinburgh. It was pretty neat to cross the schedules and go from night to day, landing in Edinburgh at 8am. Getting a taxi from the airport was a breeze, and we were soon at our hotel, the Holiday Inn Express – Royal Mile. Despite the jet lag, we were there to enjoy the view, and we walked a few blocks (everything is up or down in Edinburgh) down a narrow, cobbled street next to the hotel and quickly reached the “ Royal Mile”, which is a bustling street lined with shops, restaurants and bars that leads to historic Edinburgh Castle in full view.

One of our first ventures was to take a ride on a double-decker bus, followed by dining, browsing, and shopping. Having a strong Scottish heritage, I had a desire to buy a real kilt in the Weir Clan Tartan of my ancestors. According to Ginny, however, the world wasn’t ready for me to walk around in a kilt. But it looks like pretty comfortable outerwear for me, and I soon found myself in a custom kilt shop.

The store owner listed the Weir Clan Tartan in a special thick book and let me know that although it was not in stock he could order it. When I asked for the cost, he said it was 850 pounds (about $1,000), and I thanked him and bought a Harris Tweed cap instead, which I wore on my hunt with deer. Well, folks, I am, after all, a frugal Scotsman, and I guess the world really wasn’t ready to see me hunting in a kilt and knee-high rubber Muck boots!

We would take a guided walking tour of Edinburgh Castle, which is quite a formidable fortress, and it’s easy to see why it was never conquered. We also enjoyed the National Museum of Scotland, where you can spend a whole day without seeing everything.

In no time, it seems, we were on the bus (which was also used for the tours) provided by International Adventures for a scenic three-hour ride through the Highlands to our destination, Loch Kinord. Hotel in the small town of Dinnet. This is an old hotel which has been completely renovated and offers excellent food (prepared by a chef) and accommodation in a calm and serene setting. The interior of the hotel featured many tasteful Scottish accents, including rugs, curtains and even quilts, providing a very pleasant Scottish atmosphere.

Sitting on the hotel terrace at sunset (around 10:30 p.m. so far north) and listening to the serenade of wood pigeons cooing, as well as the chorus of geese making their way to a nearby lake, certainly capped off the evening. . Then it was at 3am the next morning to go deer hunting. The non-hunters would go on the bus tour later, and Ginny had hinted that it would be nice if Josh and I each put our two deer on the first day of the hunt to accompany him on the rest of the tours. Josh obliged by bagging two dandy deer in the morning, while I bagged one. Josh was with me that night when I caught my second deer, and due to a late hunt and a long drive it was almost 3am when we got back to the hotel, which made for a long but satisfying day of hunting, if a very short night.

We were all up at 7am for breakfast just before the bus tour, and a wonderful part of International Adventures, besides providing fantastic hunting opportunities, is the tour that is readily available. Danielle Grosse, who runs the outfitting business with her husband Michael and son Justin, was our tour guide, and with 26 years experience in Scotland she knows every nook and cranny and the very special highlights. Our bus driver was Ian Beattie, who deftly negotiated the winding and often narrow roads.

Beattie is also a game warden and hunting guide who specializes in wing shooting, and he works for the firearms manufacturers Benelli and Beretta organizing hunts for waterfowl, wood pigeons, woodcocks, partridges and pheasants. Pheasant hunting is usually done with “beaten” hunts and can be fast and furious. Thousands of pen-bred pheasants are released in July on various estates, with the hunting season starting in October, allowing the pheasants to acclimate to their surroundings. Roosters and hens can be shot, but a whole lot is missed by hunters trying to hit high-flying, fast-moving birds. This was clearly evident by numerous pheasants sighted everywhere during our visit in early June, and natural breeding also evident.

When you consider all those birds carried over, along with the thousands released in another month, I think pheasant hunting in Scotland is a fantastic outdoor pastime that I find quite tempting. I have friends who have experienced it, and they said the filming opportunities were fantastic.

Also, everywhere we went in Scotland there were plenty of rabbits and hares. The bunny looks a lot like our local bunnies, but is bigger in build. There are two types of hares – brown and blue, the big brown hare reminding me of the black-tailed hare found in the western United States, while the blue hare is very similar to our snowshoe hare and turns white in winter, but lacks large hind feet as Scotland does not usually have deep snow.

Our bus tours would include seven castles, all of which had fabulous flower gardens surrounded by manicured lawns. There was also a tour of the whiskey distillery, which showed us the process from start to finish of scotch as well as the history of this special product of Scotland.

Too soon we found ourselves traveling through the heather covered Highlands to Edinburgh. We would be staying at the Hilton Doubletree hotel next to the airport for our last two days. A short walk allowed us to board a tram, which took us to various locations in Edinburgh. Various bus tours were also a great way to get around the city and stopped to allow passengers to hop on or off at frequent stops.

It was a great experience in the Highlands of Scotland, which ended too soon, and there is no doubt that I will return at the first opportunity. I wouldn’t hesitate to go deer hunting again and I’ve always wanted to try hill country red deer hunting.

Only time will tell.