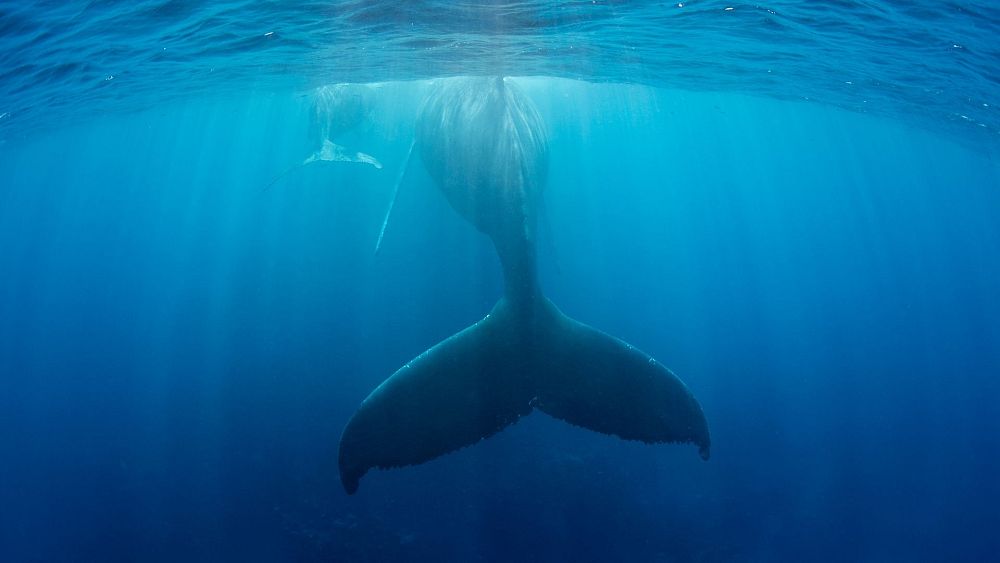 Collisions with ships pose a serious threat to whales and can lead to the extinction of highly endangered subspecies.

The remaining 1.3 million whales in our oceans face increasing maritime traffic as they rise to the surface and make their way to their feeding or breeding grounds.

Global maritime traffic has increased quadrupled between 1992 and 2012. In some parts of the world, such as the Arctic, it actually doubled between 2013 and 2018. The number of whales, meanwhile, is declining.

Since commercial whaling was banned in 1986, the greatest measurable threat to whales has been bycatch. An estimated 300,000 a year drown after becoming entangled in fishing gear.

But there could be a bigger threat. Ship collisions, where ships collide with sea creatures, are not that easy to measure but can be just as deadly. The grim sight of a whale’s body, strapped to the bow of a boat entering a harbor, shows only a fraction of accidents.

“It is very difficult to know how many have actually been affected by some of these threats if their bodies are sinking and have never been found at sea,” said the policy director of Whale and Dolphin Conservation Society North America Sue Fisher.

“Many whales end up stranded on shore with impact injuries that match those of a struck ship,” she adds.

For some populations, such as Critically Endangered North Atlantic Right Whale whose primary habitat is the busy waters off the east coast of the United States and Canada, the problem is even more serious. Mortality from collisions with ships can make the difference between extinction and survival, International Whaling Commission declares on its website.

Whales play an important role in maintaining healthy marine ecosystems and fighting climate change. They provide nutrients to phytoplankton which absorbs 40 percent of all the CO2 produced on the planet.

Giant marine mammals also sequester around 33 tonnes of CO2, or 1,500 times what a tree absorbs in a year.

Who can make the change?

The latent threat of large ships can be tackled by governments, operators and even consumers, according to the World Organization for Sustainable Development (WSO).

The NGO has launched a new project called “Save the Whales” following its “Friend of the Sea” certification program. Operators who join the program and meet a set of requirements, including in-depth whale watching and data exchange, can earn Whale-Safe certification.

“Even though the Whale-Safe project was only recently launched, two main shipping companies – Seatrade and GreenSea – are already certified for sustainable shipping,” said the founder of the World Sustainable Development Organization, the Dr Paolo Bray.

The NGO also recommends relocating some of the shipping lines that cross important feeding or breeding areas. According to its report, high-risk areas include the southern coast of Sri Lanka, the Hauraki Gulf in New Zealand, the Canary Islands and the Mediterranean Sea, among others.

The World Shipping Council trade association did not comment but said in its response that it was addressing the issue. He says he works closely with two environmental organizations; the International Fund for Animal Welfare and the Great Whale Conservancy.

The trade association, along with WSO, is also working with the Sri Lankan authorities to relocate shipping lanes on the south coast. Fatal collisions have nearly doubled in the past 40 years, causing local blue whale populations to drop by more than 50%.

Watch the video above to see how whales can be protected from collisions with ships.

Driver ejected after hitting another vehicle in Manchester