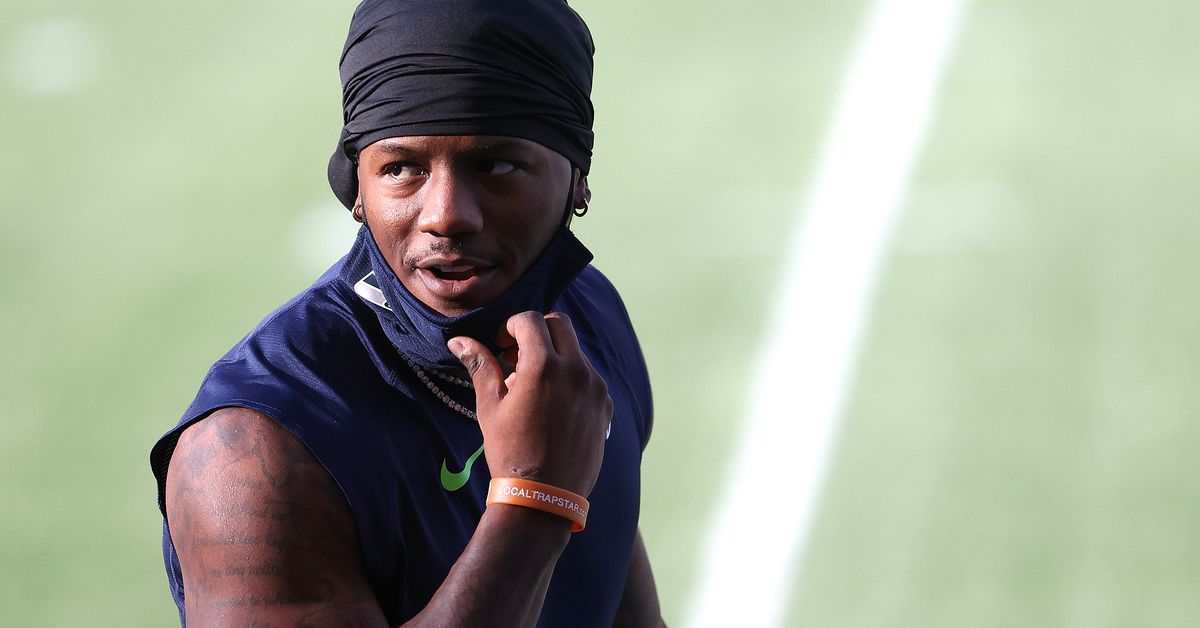 Field Gulls had the opportunity to interview Seattle Seahawks running back Chris Carson, hosted by our very own Brandan Schulze alongside Clinton Bonner. The full interview will be available on our regular Field Gulls podcast, but here’s an immediate reaction to what we discussed.

The question everyone wants to know is if we will even see Carson on the pitch this year. Pete Carroll has indicated a few things over the past few days, and unfortunately we’ll still have to wait and see. Carson said he “takes his time and tries to have a good body. I know there are a lot of reports out there.

We were never going to find out about his neck injury.

You may have seen Carson talk about your Cane Corso Seahawks social media post last month, and he was thrilled to talk about his dog Sosa.

“I love dogs. A Corso is an Italian Mastiff, he weighs 130-150 pounds, but he’s super gentle. They’re gentle giants. I fell in love when I saw my first one in Seattle.

We also asked about the team’s new look, specifically Russell Wilson and the rest of the departures. The answer here was interesting.

“Everyone is young. They come to try to learn, to try to improve. And it’s starting to show. It’s still early, what you see until you put pads on. But everything is going in the right direction. »

Take what you want from the concept that everything is going in the right direction. It could just be young players going to train and learn things. But that’s a less likely option in my mind than an overall squad indication. I’d be curious if it’s just this offseason or a deeper reference to some of the sub-optimal communications, friction, and philosophy that’s been leaking for the past few years.

This summer, the team had a chance to breathe after pressing the full restart button with the trade and huge free agent departures. Or it could be a simple acknowledgment of things like when Seattle’s top three organization leaders released official statements that Russell Wilson wanted something different from the team’s current trajectory. With so few veterans remaining, it’s inevitable that this year’s camp will be newer, hungrier, different.

Clinton asked Carson about his favorite game or game. You might think of the flip against the Carolina Panthers, but no, he was most proud of razing a double team against the Kansas City Chiefs.

Beyond that, he said the team’s trip to London to face the Oakland Raiders was one of the highlights of his career. He said it’s a way to bond with his teammates like no other experience.

And then, at the end of the day, this interview was arranged with the USAA, and as part of the deal, Chris Carson showed tight end Noah Fant around Seattle. So we asked about Fant as a new teammate:

As the top pick of players who came to the Seahawks in the trade, Fant was already a noted tight end early in his career, and I’m sure Pete Carroll had his eye on his drive and work ethic.

Carson didn’t reveal his secret favorite spots that he showed Fant, but did agree that the Pike Place fish throw is very cool.

Are you looking for a four-legged friend? HSNT Hosts MEGA Adoption Event – NBC 5 Dallas-Fort Worth