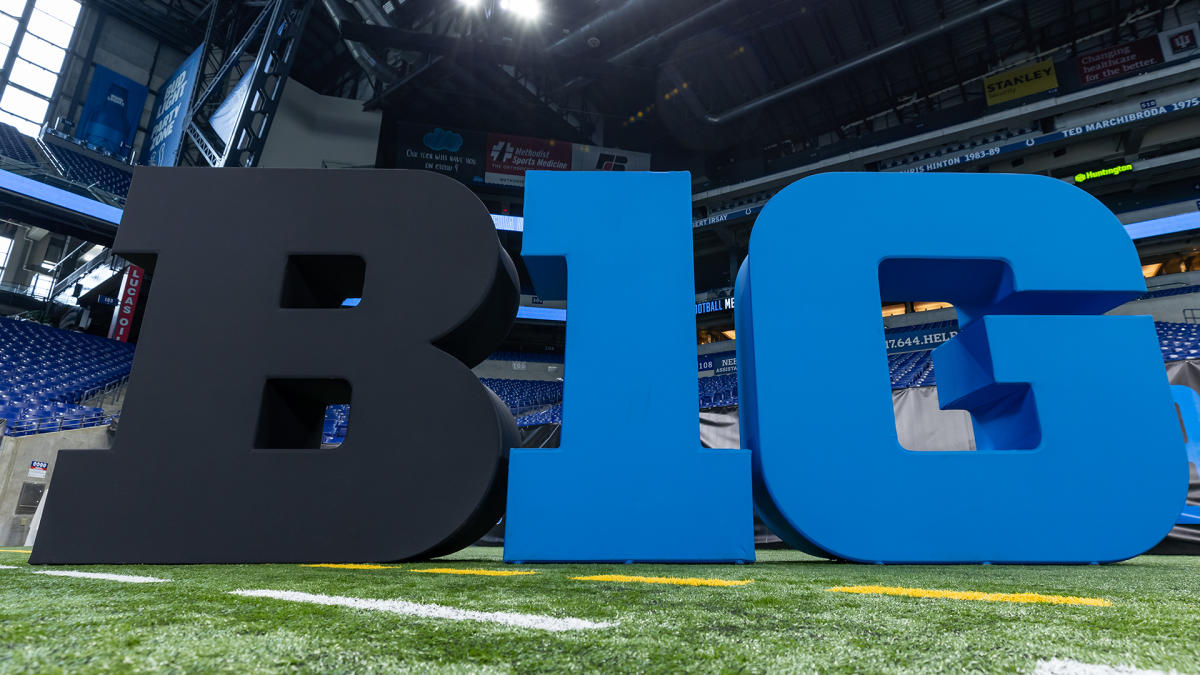 DAN WETZEL: The Big Ten are planning to move away from divisions, move to eight games, and then potentially, by 2023, start the kind of alliance planning bonanza, which would only be Big Ten versus Pac-12 or ACC – off-conference games as a way to isolate yourself, if you will. We are in isolation. They’re going to put the SEC in an isolation room. Their isolation room is a palace.

Yeah. But get rid of the splits, then go to eight games and start their lines. I have a few thoughts. I’m going to give you a few things to react to.

DAN WETZEL: Number one, if we get rid of the divisions, then we have to… when will the Big Ten oppose the playoffs? Because we’ve been told that the Big Ten are against– they want five automatic offers, one for them and one for five– the other four big conferences– and then one for the group of five, opposed to the first six . If you get rid of the divisions– I think last year you could have had an Ohio State-Michigan rematch in Indianapolis–

DAN WETZEL: – you pretty much guarantee that there’s just no way the Big Ten champion, if not geographically – if there are no geographical elements – wouldn’t be not one of the top six champions in the conference. It’s just not possible. So you literally eliminated your opposition to the playoffs.

DAN WETZEL: So we’ll start with that, and then we’ll get into the timeline for that. What do you think?

But if you eliminate divisions in a conference where the divisions are very misaligned in terms of strength, really, I don’t know how much that helps you, other than it makes your championship game more meaningful. But I don’t think you want an Ohio State-Michigan rematch? Do these fans want it? I mean, one of the great things about this game last year and for many years is that it’s a win-win to some degree.

You know, are you in the National Championship or not? Do you win the division or not? You know, there are huge stakes and if you go back and play again a week later in Indianapolis, I think you lose a lot of the impact of that game in the regular season.

DAN WETZEL: It would be a huge impact.

DAN WETZEL: I think what’s always been the opposition is that…and that’s why you want your biggest rivalry to be in your division, right? So Alabama-Auburn plays. And it’s not just bragging, is it? Or a cocktail. At any rate. You get a year of bragging.

PAT FORDE: To the right.

DAN WETZEL: It’s college football. Like, we won, you lost, and you can’t do anything about it for 364 days. You just have to sit there and take it.

DAN WETZEL: And so when you run the risk of giving up, especially a week later, because, yeah, I mean, if you’re a Michigan fan and you finally beat Ohio State and that you stormed the pitch like they did, it’s not like, oh, we have to play these guys again next week and we just gave our game plan.

DAN WETZEL: I do not know. Like, it’s a huge problem for him.

DAN WETZEL: At the same time, in the Big Ten, you have this incredibly lopsided East where you have Michigan, Ohio State, Penn State, and Michigan State. Certainly, I would say four of the top five programs, if you give Wisconsin – wherever you want to rank them and they can be fourth or fifth. Then if you’re not in the divisions, you have to have a certain opponent every year, right?

DAN WETZEL: Michigan will be playing Ohio State, Michigan State, and you probably have to give them an easier game…

PAT FORDE: To the right.

DAN WETZEL: –as their third. I guess Minnesota, because they have the little brown jug. But you lose a lot, for example, the Michigan-Penn State game or you lose Ohio State-Penn State. I do not know. There’s a lot of… there’s a lot of things to do if you get rid of the divisions. Divisions are not good, but there are some aspects that are good.