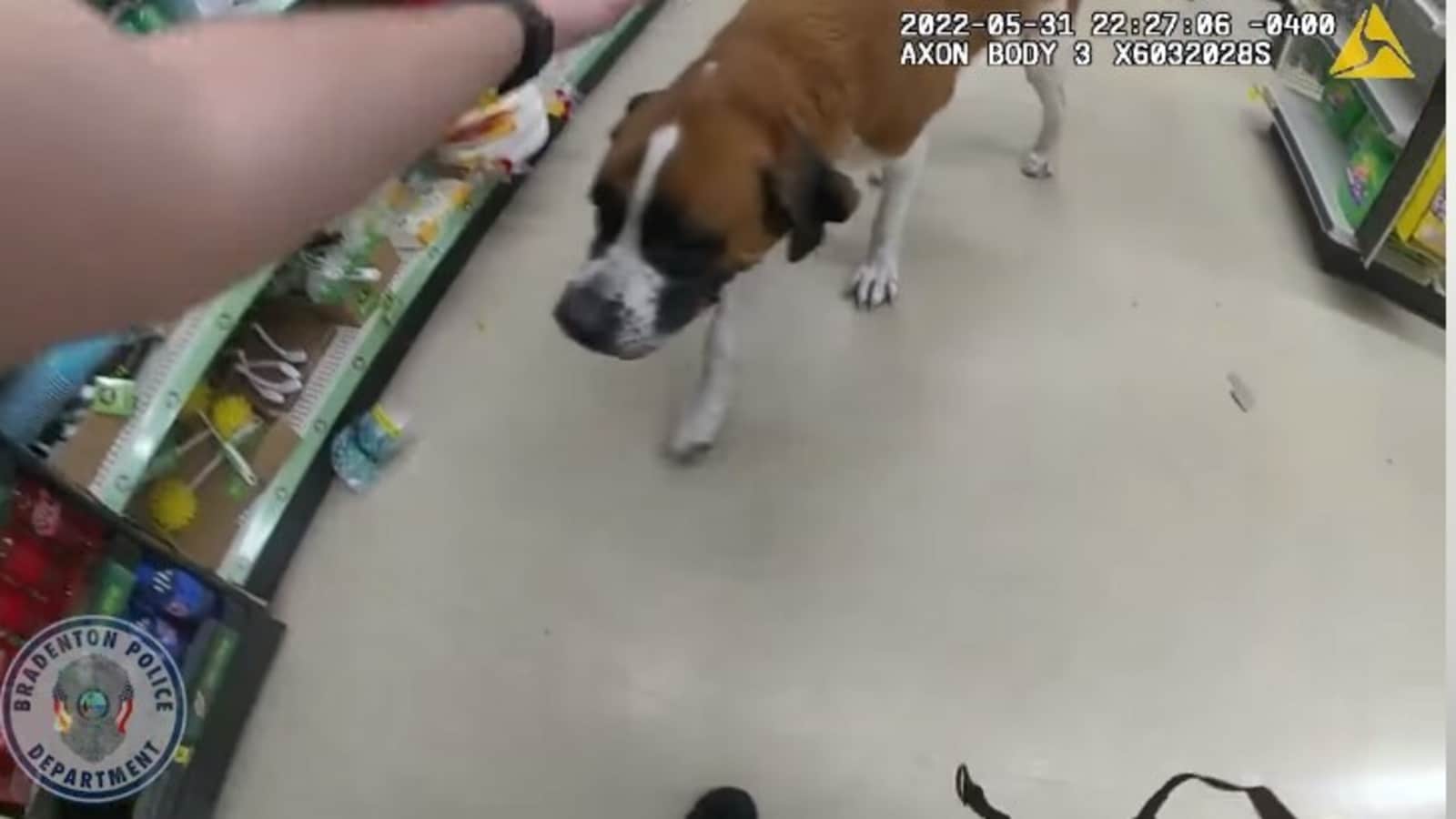 Big dog walks into store, stays there for hours before cops reunite him with human | Tendency

Video of cops rescuing a dog and reuniting it with its human after wandering around a store for hours was posted on Facebook.

Some internet stories often show a sweet ending to an unfavorable situation. Just like that incident where a dog walked into a store and refused to come out. The Bradenton Police Department took to their official Facebook page to share video of the incident and how officers were ultimately able to rescue the dog. Sharing may leave you smiling.

““So he just ENTERED?” Earlier this week, Bradenton police officers responded to a call from Dollar General on Manatee Ave. W. in reference to a giant dog that wouldn’t leave – and they really had need to close the store. 135 pounds. Bentley walked through a door and walked a few blocks to the store, where he spent a few hours browsing. The clerks went about their business until they really need to lock up! Bentley’s dad realized he was missing and was grateful the store and officers were looking after him. Luckily, Bentley has a microchip – or maybe a megachip?! “, they wrote.

The video opens to show the big dog standing inside the store. The clip also shows the officers petting the dog and even clicking pictures with him. The adorable video ends with the dog reuniting with his human.

The video was posted a few days ago. Since sharing, it has racked up nearly 800 reactions and the numbers are only growing. The post also prompted people to post various comments.

“Body cam is EVERYTHING!!!!!! Such good things,” one Facebook user wrote. “He just wanted to check out the latest treat delivery,” another joked. “He was just living his best life, sniffing out all the bargains…he was definitely a little Lady Island shopper in his past life. Congratulations to the employees and to LEO, beautiful end, ”commented a third. “He buys dog food, of course! voiced a fourth.

Successfully subscribed to the newsletter

Thank you for subscribing to our Daily news capsule newsletter.