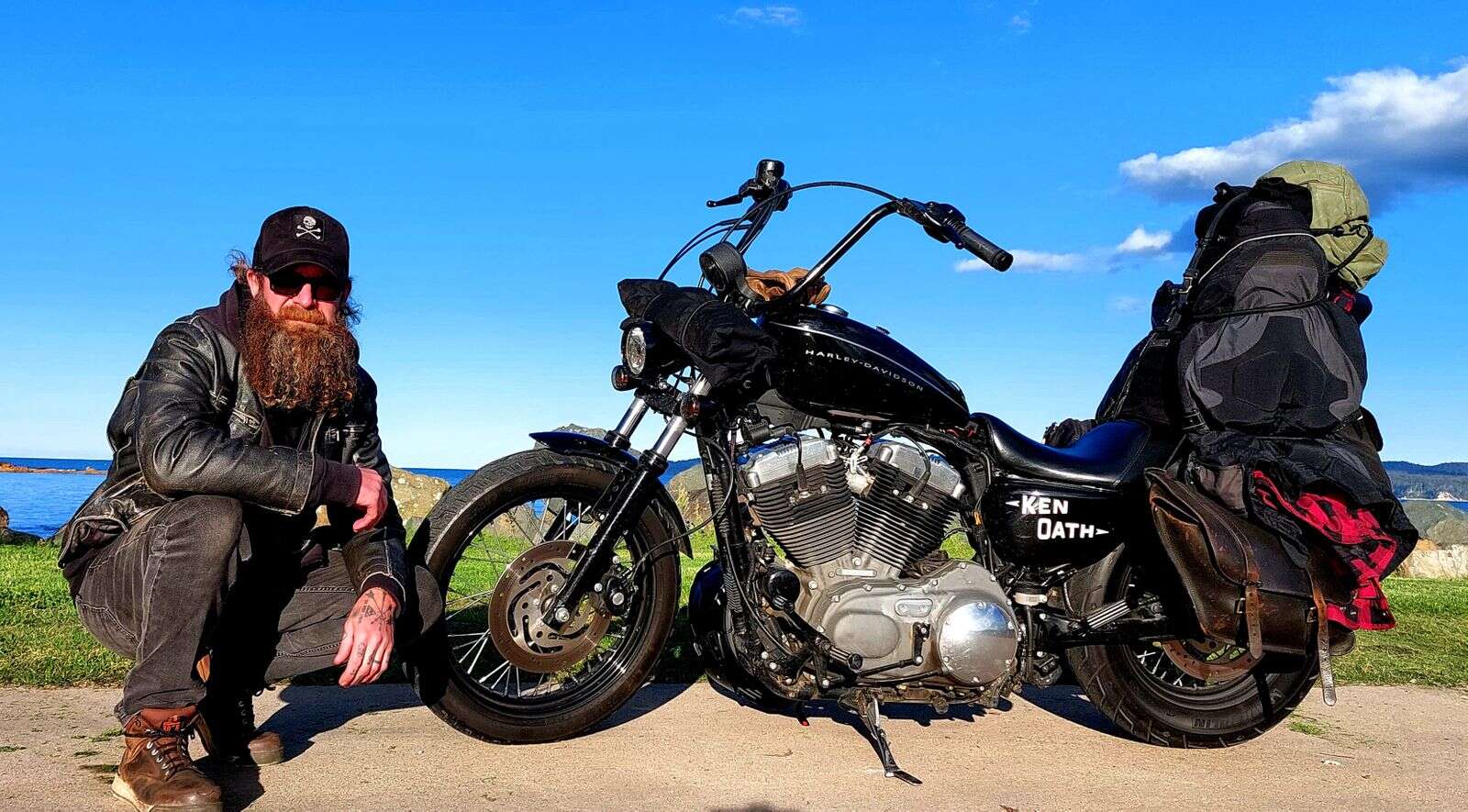 Ben Hewlett is entering the final leg of his journey as he travels up the east coast of Australia, raising funds and awareness for mental health.

The Bamawm local drives his 2009 Harley-Davidson Nightster for a ‘week on, week off’ along the coast to Townsville to raise money for the Black Dog Institute.

“Originally a friend of mine from Townsville was going to ride his motorbike and we were going to Tasmania for a week, and I thought driving from Townsville to Victoria would be a really good ride,” he said.

“I knew I had work commitments coming up and I thought if I don’t do it now, will I do it someday?”

Ben has experience raising funds for RSL clubs and for miracle babies, and decided to make his ride a fundraiser.

“I’m a huge fan of the Black Dog Institute, they’re very well branded and the work they do is amazing,” he said.

As well as community support, Ben has the backing of Australian brand Kenoath, who produced a fundraising t-shirt for his run.

“I contacted the owners of Kenoath and said ‘I know you’ve supported Black Dog fundraisers before, I’m a huge fan of your brand, and we have mutual friends, and I thought I could reach out.’” he said.

“They’ve sold 50 shirts so far, and the proceeds have gone to fundraising.”

Ben has blogged and vlogged about his journey and experiences with mental health.

“I thought if I did this for Black Dog, I would probably need to talk along the way and do YouTube videos about what Black Dog means to me and why I chose them,” he said. declared.

“I had a very serious accident in 2006, which is where my PTSD came from.

“I’ve done a couple little five to 10 minute videos, and I’m just talking about what my mental health journey has been.”

“I don’t know why people reacted so well, but it’s great: I threw all the ingredients in a bowl, and a nice cake came out.

Pet of the Week: Walden has wonderful manners. Barrington and Gary Gray are pals