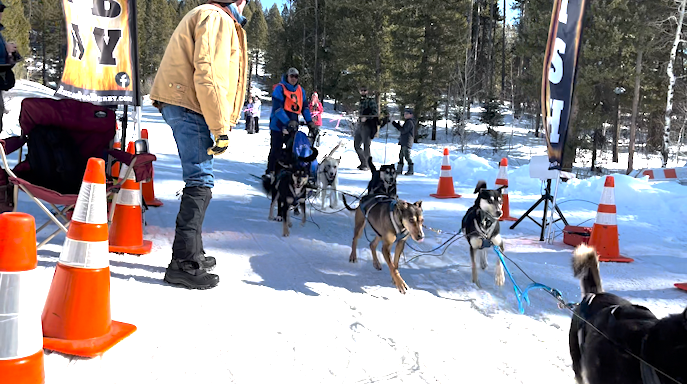 ASHTON, Idaho (KIFI) – Organizers of the American Dog Derby claim it is America’s oldest dog sled race. Its origins date back to 1917. Since then, racing has been a part of life for Ashtonians and mushers alike. For Karen Yeargain, the event has become such a tradition that she can’t imagine life without it.

“But it’s a way of life, and I’ve indoctrinated more than my share of people, which is great.” Yeargain says, “But I’ve been doing it for 34 years and now I’m not ready to stop.”

Yeargain came to this year’s race with four other participants. She goes on to say that it’s about the chance to be with friends again that they haven’t seen in a while. She tells us, “The point is to go out with the dogs and be around the dogs, to be around the friends that we don’t see except during the winter.”

Excitement never cools her either. Yeargain says “Pre-race maintenance and post-race maintenance, you can see the glow on my face and walk out. I forget about everything else in life, and it’s about managing me and the dogs on the track. And I come with that glow and it’s just spiritual.”

Jeffrey Allen has been mushing in the race for 2 years now. He says he debuted this race to make racing history. He tells us “Well, one of the things that I love so much about this race is how long it lasted. It’s a tradition, you know, it’s been 102 years, I think, this year, and I want to be part of that, I like that.”

Allen also says his dogs also appreciate the crowds of spectators, saying “Thank you to everyone here watching, the dogs really like it. When people are on the side of the course, they enjoy the daylight. “

Race results should be posted on the American Dog Derby website.