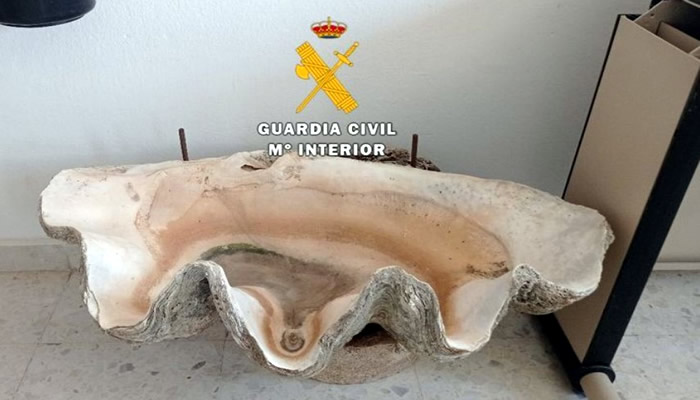 As reported by the Malaga command of the Guardia Civil this Tuesday, May 31, an individual was arrested and three others indicted in the Guadalhorce region. In two separate actions, they were arrested on suspicion of crimes of animal abuse and against flora and fauna.

The first location was the Malaga municipality of Pizarra, where there were 22 dogs of different breeds. Most of them were podencos and were discovered with five goats which were in “terrible hygienic and sanitary conditions”, the force said.

According to the police, the establishment was not declared a zoo or a breeding farm and had no drinking water, electricity or sanitary facilities. Officers found animals that were permanently tethered and lacked food and water, as evidenced by their malnourished and physically debilitated condition.

“The state of the dogs in terms of external parasitic infection was alarming, especially ticks and fleas. This showed a prolonged state of infection over time,” explained a spokesperson for the Guardia Civil. The dogs would have been fed with the remains of sheep and goat carcasses.

This is contrary to the legislation regarding the management of dead animals, beyond the fact that providing raw meat to dogs can cause different diseases.

With the exception of three of the dogs – who were on behalf of third parties – the rest of the animals had no health records, revealing the lack of veterinary assistance. The goats had lame hind legs and not all of them had identification tags, making any type of veterinary check by the Junta de Andalucia Regional Office of Agriculture impossible.

As a result, three people, the owners of the dogs, were investigated for an alleged crime of animal abuse. The dogs were left at the disposal of the judicial authority, while the rest of the animals were transferred to an animal shelter for recovery.

A second action took place in the Malaga town of Alhaurin el Grande, after the force received alerts warning them of the poor condition of two dogs that were locked in a field. Two Belgian Shepherd Malinois were found at the farm in a state of advanced anorexia.

They showed signs of malnutrition and severe external parasites which had caused numerous small bleeding wounds. One of them suffered from a severe lameness in the hind limbs.

According to the Guardia Civil, the state of the installation was deficient, since it was land that served as a warehouse for construction materials, with many sharp edges and sharp areas, posing a serious danger to animals. Despite the high temperatures, the dogs had no water.

The two animals were confiscated and placed at the disposal of the judicial authority, which delivered them to a zoosanitary center for their recovery.

In another plot belonging to this same person, also with many building materials, a specimen of Tridacna gigas was found. It is a kind of giant clam, native to the Pacific Ocean, 75cm wide, to which a concrete base had been fixed to be installed as a sink.

This type of bivalve is protected by Appendix II of the Convention on International Trade in Endangered Species of Wild Fauna and Flora (CITES). It is necessary to have supporting documents that the owner did not have.

The specimen was seized and made available to the authorities of the Ministry of the Environment for its study, identification and evaluation. As a result, the farm owner was arrested for the crimes of animal abuse and against flora and fauna.

Thank you for taking the time to read this article, don’t forget to come back and check it out The weekly euro news website for all your up-to-date local and international news and remember, you can also follow us on Facebook and instagram.